Only one conviction out of 85 in murder hotspot 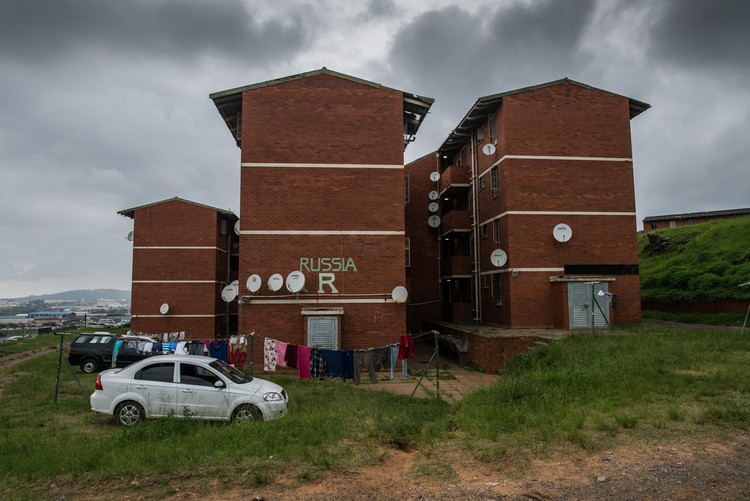 Many of the murders at Glebelands Hostel in Durban remain unsolved years after they took place.

From her front stoep in Umzimkhulu, a rural town in KwaZulu-Natal’s Harry Gwala District, Jabulile Msiya can see the imposing two storey house that Sindiso Magaqa was building for his family before he died. The construction work has now ceased indefinitely, leaving an unfinished grey shell of a building as a reminder of Magaqa’s untimely death. “It still makes me very sad,” Msiya says. “Magaqa was one of my best friends. We would have been neighbours.”

Msiya was travelling back from a local ANC meeting with Magaqa when two masked gunmen opened fire on their vehicle, hitting Magaqa multiple times. Msiya was shot in the leg, but recovered after a few weeks in hospital. Magaqa, who appears to have been the primary target, died from his wounds two months later.

A former ANC Youth League leader and a rising star on the local political scene in KwaZulu-Natal, 35-year-old Magaqa was arguably the highest profile victim in a wave of political violence that has claimed an estimated 40 lives in the province since early 2016, and more than 500 since the dawn of South Africa’s democracy in 1994.

Msiya told GroundUp that she believes the people behind Magaqa’s death work in Umzimkhulu Municipality with her. She alleges that he was killed for his strong stance against corruption, a stance which Msiya shares. She no longer goes anywhere without an armed bodyguard. She fears that the spate of killings which afflicted Umzimkhulu in 2017, claiming the lives of four local councillors, three of them within the space of a month, is unlikely to abate.

“Due to the murders, there are still vacant positions within the municipality that have not been filled yet,” Msiya says. “There are two different sides in the municipality who are fighting with each other over who should fill those positions. The new officials are supposed to be sworn in in April. I fear that afterwards there will be more violence.”

Msiya’s fears are widely shared. Richard Pithouse, who has been studying and writing about political violence in KZN since 2001, says, “It is clear from the past that as competition for [political] positions has intensified, for example when there are elections, whether within the party or in the nation, the situation has gotten worse.”

Other commentators fear that the violence might spread from KwaZulu-Natal into other provinces as the much-anticipated 2019 general elections approach. In 2017, the ANC’s former treasurer general Matthews Phosa warned that there were signs the violence in KZN was spreading to Mpumalanga, North West and the Eastern Cape.

In the case of Umzimkhulu, Sindiso Magaqa’s uncle, Dr Vuma Magaqa, says that from the late 1990s until last year, his hometown had largely avoided the kind of politically-linked violence that has plagued other towns in the region. “It used to be a very quiet place, but something has changed,” he said.

A marked spike in political violence is not unique to Umzimkhulu as shown by a recent report from Assassination Witness South Africa.

The report’s findings are affirmed by many residents of the notoriously violent Glebelands Hostel on the fringes of Durban, which has seen more than 80 murders since March 2014. According to a local community leader, who preferred to remain anonymous, “Of course there used to be a few cases of murder like in all other places in South Africa, but it was never anything like this kind of level. We strongly believe that the level rose so much because of politics.”

Independent activist Vanessa Burger has been heavily involved in Glebelands since 2014. She claims that the majority of murder victims since then were block committee members who had become embroiled in a disagreement with the local ward councillor, Robert Mzobe. Mzobe had been widely accused of dividing the community and not consulting them on developments in the area.

Many Glebelands residents told GroundUp that the surge in violence in the hostel originally stems from a rift between an ANC faction that supported Mzobe and one that opposed him. Mzobe declined to comment for this series.

In late 2017 seven men, including a Glebelends-based SAPS officer, were arrested in connection with a string of murders in Glebelands. However, this has not put an end to the violence, with four murders recorded already this year. Residents told GroundUp that they continue to live in a perpetual state of fear.

Glebelands and Umzimkhulu were both discussed at length during the Moerane Commission of Inquiry, which was set up by KwaZulu-Natal Premier Willies Mchunu in 2016 to investigate political killings in the province. After various delays, the commission wrapped up almost 18 months of public hearings earlier in March and is due to finalise its report and recommendations by the end of April.

However, Msiya says she doubts that there will be any tangible impact for the victims and those close to them: “It has taken too long now,” she says. “I don’t have confidence that any of their investigations will amount to anything.”

Meanwhile, SAPS investigations into political killings that have occurred across KZN since 2016 have yielded only a handful of successful prosecutions. Three members of a special unit tasked with investigating the murders in Glebelands, who spoke to GroundUp on condition of anonymity, admitted that of the approximately 85 case dockets they’ve been assigned since 2015, only one has resulted in a successful conviction. The officers claimed that widespread fear of reprisal has hindered their investigations.

Although new Minister of Police Bheki Cele has vowed to put tackling political violence in KZN at the top of his agenda, Pithouse told GroundUp that there is little precedent to suggest the ANC has the political will to combat the issue.

“Whatever is happening in national politics is not going to affect these local dynamics unless there’s a real concerted attempt by the ANC to oppose it and there’s never been that,” says Pithouse. “If Ramaphosa acted the same way towards political violence that he is acting against the Guptas, I think things would shift pretty rapidly, but at the moment I don’t see any real pressure to make that shift.”

Back in Umzimkhulu, Msiya is trying to focus on more immediate concerns. Towards the end of last year, she began taking antidepressants to help her cope with Magaqa’s passing. Since then, she has been able to throw herself back into her work at the municipality.

With no arrests in connection with any of the 2017 spate of murders in Umzimkhulu, Msiya still worries about her safety and, as a single mother, that of her children. But she says her family continue to support her burgeoning political career. “They are always praying for me. They say, ‘It’s God who put you in this position, so don’t allow your enemies to make you leave this job. Just continue. We will support you. We will be behind you’,” says Msiya.

Research for this series was supported, in part, by a Taco Kuiper grant, administered by Wits Journalism.