Toilets to be installed in Taiwan in Khayelitsha after protests 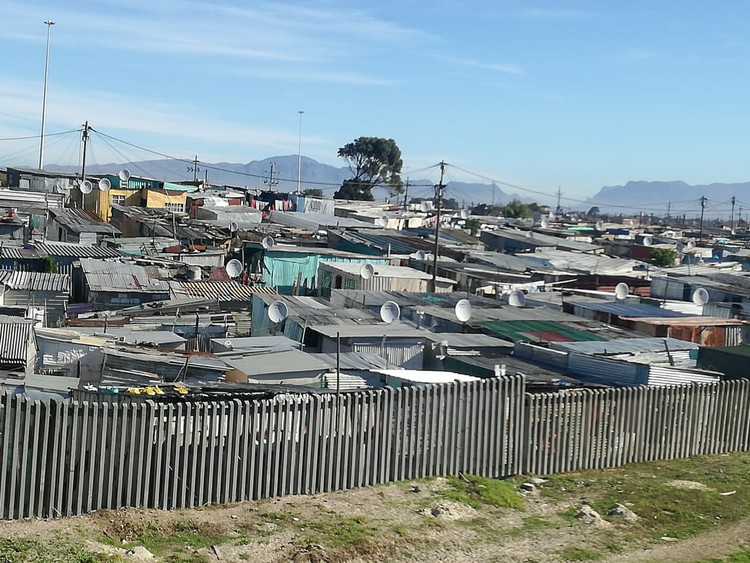 Taiwan informal settlement in Khayelitsha is to get new toilets, and, later, residents are to be rehoused. Photo: Thembela Ntongana

One of Cape Town’s oldest informal settlements, Taiwan in Khayelitsha, is to benefit from a housing project. Meanwhile, the settlement is to get new flush toilets according to the City of Cape Town acting Mayoral Committee Member for Informal Settlements, Water and Waste Services, Stuart Diamond.

He said the City had budgeted R6.6m to provide the toilets, but did not say how many would be provided. “Work on the sewer pipeline is to commence as soon as the weather allows, with work on the water pipeline to commence soon thereafter. The number of toilets provided will largely be dependent on space and community agreement regarding their placement,” Diamond said. He said at present the community of 4,759 households had 90 chemical toilets, 164 flush toilets, and 976 portable flush toilets.

On 24 May about 50 residents marched to hand over a memorandum to ward councillor Mlulami Vellem (ANC) demanding “decent living conditions”. A day later, on 25 May, they attempted to block the N2 leading into Khayelitsha burning tyres.

“Do we need to block roads in protest in order to get service delivery? We have been sitting in silence in this community for many years doing things the right way. Maybe that is why they had forgotten about us,” said community leader Thandi Jolingana.

Jolingana told GroundUp she moved to Taiwan in 1987 from Langa with her parents, when she was seven. Now 38, Jolingana is unemployed and lives in a two-room shack with her husband and teenage son. He sleeps on a mattress in the kitchen. She said little had been done to improve the living conditions of the community.

“This is one of the oldest informal settlements but we don’t see people being moved to houses.”

Residents have been complaining of lack of toilets, electricity, and street lights and say no-one from the community has been housed in over 30 years.

Nombulelo Dlakana has been living in Taiwan since 1986. She lives with her children and grandchildren in a three-room shack. Dlakana said many families in the settlement had to share a toilet.

“You can get 35 families in one toilet and that causes conflict because people lock them, leaving some people with no access.”

“The are no street lights and people can’t even go to the toilet when it’s dark because it is not safe,” said Dlakana.

In 2016 GroundUp reported the story of one resident, Sinethemba Mfaca, who was stabbed while walking to a communal toilet on a dark winter morning. He now has to use a wheelchair.

Western Cape Human Settlements MEC Bonginkosi Madikizela met residents on Saturday in Khayelitsha, Jolingana said they were told that an engineering team would be sent to the community in the next two weeks to look into ways in which the area could be developed.

“We were told that 5,200 households from Taiwan will benefit from houses and that the number comes from the survey that was done in 2016,” said Jolingana.

Spokesperson for Madikizela, Ntomboxolo Somdaka-Makhoba, said Taiwan would benefit from the upcoming Southern Corridor housing development which would provide over 50,000 houses to people in informal settlements along the N2, including Barcelona, Thabo Mbeki, Lotus and Kanana.

“We have submitted the plans to the City of Cape Town. Once approved we will appoint the contractors for the development to begin,” said Somdaka-Makhoba.