“If you do not sleep here, you will not get assisted” 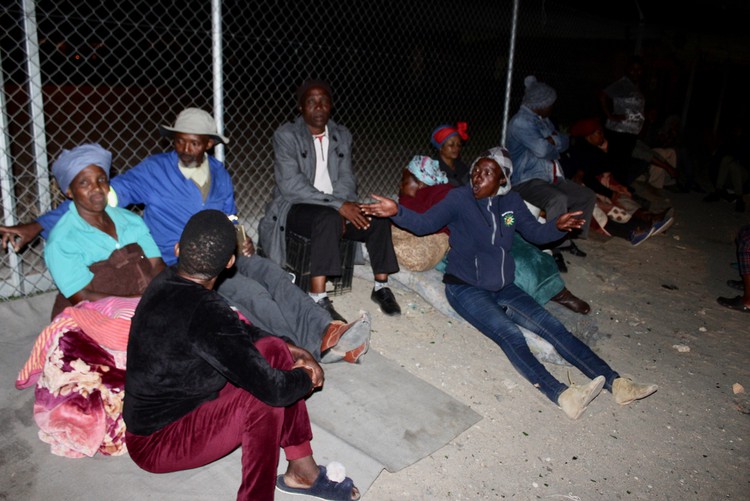 “If you do not sleep here, you will not get assisted,” said Betty Matomela. She was one of many waiting outside Lwandle Community Hall, Strand, for SASSA officials. The queueing starts on Sunday afternoon for officials who will only arrive on Wednesday morning.

Matomela is applying for a disability grant. It is not her first time to sleep outside the hall. “I was turned away last time because of a missing form which needed a bank stamp. Sleeping here makes me sick but I have no choice,” she said.

Nothobile Khethani got sunburnt waiting outside in the queue. She said she has been to the hall three times. “If it is not an error in dates or unclear signature, then it’s something else, like missing papers. Being unemployed forces me to put up with all this,” she said.

Khethani said criminals sometimes prey on the people sleeping overnight in the queue. “You must never bring your cellphone when coming to sleep here or it will be stolen. We are not safe. It is mostly women who sleep here. The councillor does not want to open the hall for us to wait inside.”

GroundUp spent Tuesday night with the people sleeping outside the hall. People had come from Lwandle, Nomzamo, and Asanda Village. They complained that officials arrive late and leave early.

We found people who charge R50 per night if they sleep out to hold a spot for you. One man, in his 30s, said, “I am unemployed too and can make up to R300 if I get enough customers. Everyone knows me here and I can be in a queue for more than one person. There are people with babies who come here – a baby as young as two weeks sleeping outside … that is where I come in.”

But Nthapeleng Sekhomane slept outside with her nine-month-old baby to get a child grant. “People told me it could take up to a month to get assisted if I do not sleep here … I do not have money to hire someone to sleep here for me.” 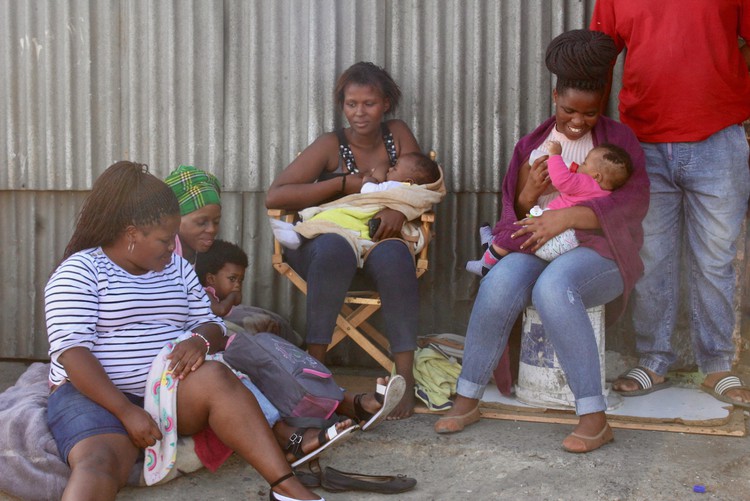 Mothers wait with their babies to apply for a grant. Photo: Velani Ludidi

Ward 86 Councillor Jongidumo Maxheke (ANC) said he was aware of people sleeping outside the community hall. “We tried resolving the matter by issuing people with numbers. The numbers were given to people for them to present on Wednesday but that was not successful as people continued to sleep outside and would fight with those with numbers claiming they slept there and do not recognise the number system.”

Shivani Wahab Senior Manager in Communications at SASSA said, “SASSA is aware of clients sleeping over on a Tuesday in order to access services. There is an influx of clients to these areas with some being bussed from the Eastern Cape. The commitment from SASSA is to serve everybody irrespective of where they come from. SASSA has discussed the challenges with the councillors as well as the surrounding community leaders. SASSA has engaged SAPS to assist by conducting regular patrols around the service point to warn clients against the hazard of sleeping over.”

Wahab said, “The official working hours for SASSA are 7:30am to 4pm. Kindly be informed that SASSA officials depart from their offices at 7:45am, given travel times of 30–35 minute drive to Mfuleni/Nomzamo. Therefore, services will commence from 8:30am to 3:30pm. The officials leave at 3:30pm in order to be at the office before 4pm to finalise administrative tasks.”

“In response to addressing the demand in Nomzamo, the Eersteriver Local Office will be planning an [community outreach programme] scheduled to take place next Wednesday,” said Wahab.