Founder says he won’t close the place unless “forced to” 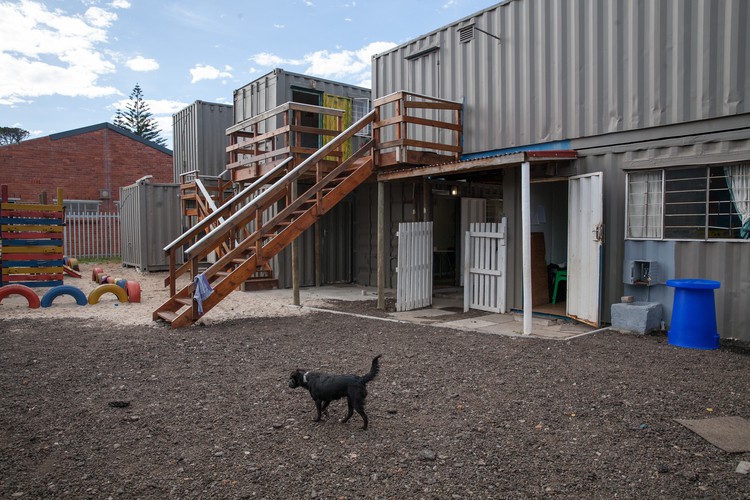 A care centre in Ocean View looks after 80 children, but it may have to close. Photo: Ashraf Hendricks

Deep inside Ocean View, hidden by the mountain and blocks of flats as you drive there from Cape Town, is a free child care centre. The people running it are trying their best to heal this troubled township.

Opened in 2015, the centre consists of 13 metal containers. It is run solely by volunteers who are not paid. The centre currently offers grade R and a crèche to over 80 poor children. It also offers free trauma counselling. The volunteers also have to raise funds to cover meals.

The centre is a safe haven to those in need. Now it is under threat of shutting down because it is not compliant with government standards. The centre is unregistered, which by law it has to be.

But Johann Kikillus, founder of the center says: “I do not want to run an Early Childhood Development (ECD) centre. We are merely providing a place of safety until such time that the DSD or the [City of Cape Town] come up with a plan to provide free grade R and creche to those children who cannot afford to pay.”

To register, the centre has to first fix a number of compliance issues such as rust on door frames, gates on stair ways and fire regulations need to be attended to. But the care centre makes no income, so it is “financially impossible” to fix the issues, said Kikillus. “No fees and no money comes from government”.

To get government funding, the centre would need to be registered first.

Despite this, Kikillus claimed that in a meeting a few weeks ago, it was suggested that the children should be moved to other ECD facilities. Kikillus said that the parents didn’t want the children to be moved as it is not safe for children to walk far in Ocean View. The centre is also conveniently located near the health clinic, high school and library.

Lewis said there are about 1,500 registered ECD centres in the province, and about 1,900 unregistered centres. “Some of the barriers to registration include obtaining municipal zoning and fire and safety clearances. These are issued by the municipality, and must be in place before the Department can register a facility,” she said.

“Other than registration being prescribed as mandatory by the Children’s Act, being registered means that social workers have evaluated the ECD, and that the children are receiving adequate care, nutrition, and stimulation, and that they are being housed in safe environments,” explained Lewis. “Conditions at the facility may change, therefore registration must be renewed every five years.”

On 6 May some parents put together a petition and marched to the Department of Education. They later realised it was the wrong department when they got there (ECD centres are a Social Development responsibility). 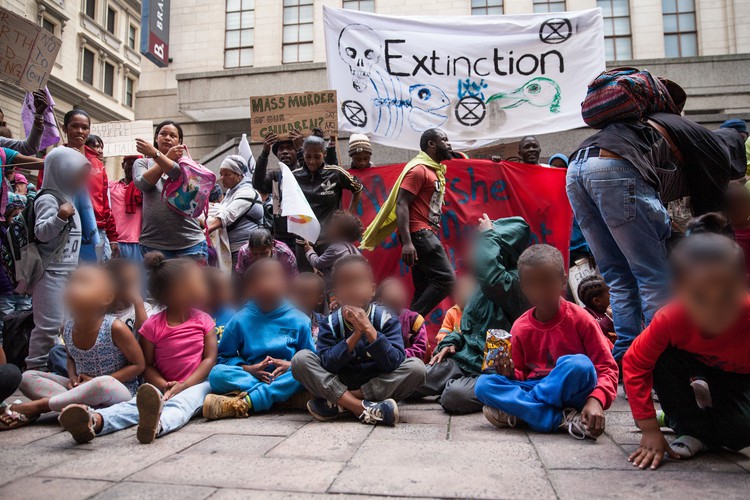 On 6 May, about 100 Ocean View residents including volunteers, parents and children of the care centre, marched to the Department of Education to hand over a petition. About 40 children who attend the centre occupied the outside of the entrance for about an hour. The petition was signed by hundreds of community members calling for the centre to stay open. “Please do not close the Care Centre - rather arrest us” said the last sentence of the petition. The march was organised by parents and Extinction Rebellion Mzansi. Photo: Ashraf Hendricks

Melanie Klein, who teaches Afrikaans at the centre, attended the march. “We are fighting for our children because they have nowhere to go,” she said.

Klein said that they try to feed the children at least once a day because the children in her class often don’t have anything to eat at home. Sometimes, their last meal is lunch which is served at the care centre. “In my class for instance, I have children coming for breakfast eating four to five meals of porridge.” She said that in Ocean View, some parents can’t afford to pay for normal schools. If the care centre closes, the children will end up “wandering around in the streets”.

In 2017, after a year in which the murder rate had spiked to 41, residents shut down streets protesting for better policing. In 2018, hundreds more protested.

Kikillus said that he started the centre five years ago out of concern for the children wandering the streets plagued by gang violence. Over 300 children have already made their way through the facility. “I have asked the City and Department of Social Development for assistance or at least a more suitable option for these children. They have not come up with another free creche and so I have kept doing this until such time as they do.”

“Until Social Development and the City come up with a plan, we will continue looking after them,” said Kikillus. He said he will never close the centre unless “forced to”. 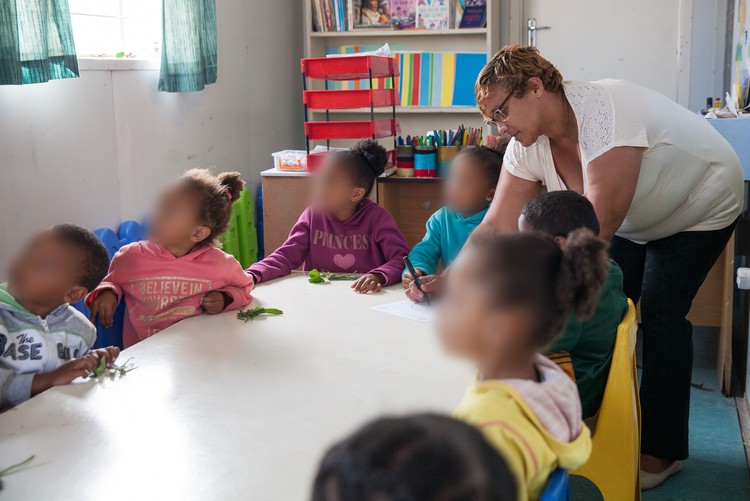 Melanie Klein has been volunteering for three years as an Afrikaans Teacher at the centre. Here she is assisting another teacher in a lesson. Photo: Ashraf Hendricks