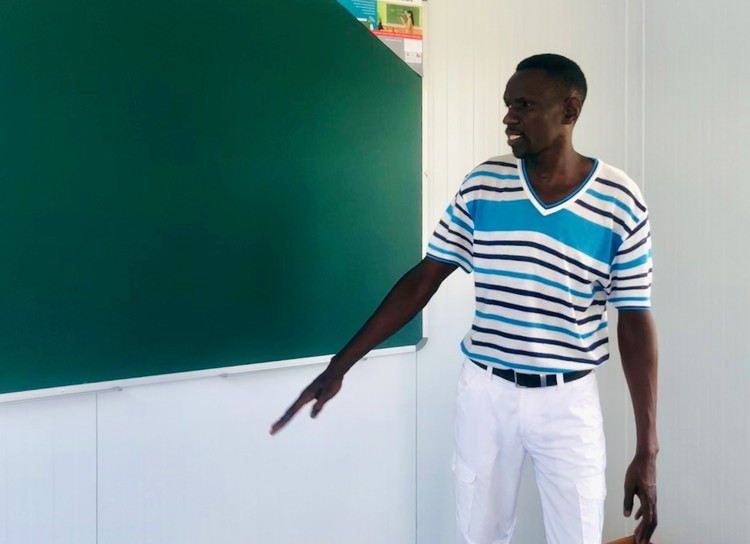 A week-long shutdown of five schools organised by the School Governing Body (SGB) of Machakela-Mamodibo Secondary in Mogogelo Village, Hammanskraal, has come to an end.

The shutdown was caused by a long delay, since 2015, in the building of a new high school. Machakela-Mamodibo is overcrowded, has poor infrastructure and dilapidated classrooms. Some learners have to sit on bricks as there are not enough chairs.

Last week on Monday, parents and learners chanted outside Machakela-Mamodibo for most part of the day, after they instructed the circuit manager from Moretele sub-district for education, Jack Kedikilwe, to call government officials to address them.

Police fired rubber bullets to disperse the crowd and escorted Kedikilwe out. He had addressed a small group of SGB members and his car had been blocked from leaving by residents.

“On Wednesday, we were visited by government officials from the education department, infrastructure and public works. We didn’t waste any time re-visiting old promises to build us a new high school. They understood and told us that on 1 May, the project to build the new school will start,” said Rehlamfu.

Machakela-Mamodibo school principal Mpuseng Masote said: “We will still be faced with overcrowding. The difference is just moving learners to classes which are not falling apart.”

Masote said the school also ordered 60 chairs, to be delivered on Monday. She said she also requested 150 chairs and 100 tables from the department but they would only get half that number.

Provincial education spokesperson Elias Malindi confirmed that a new school would be built. The tender will be advertised in March. “The successful company will be introduced to the community between April and May during the new financial year.”