No water, no tarred roads, no clinic, no schools: the forgotten community of eGoqweni 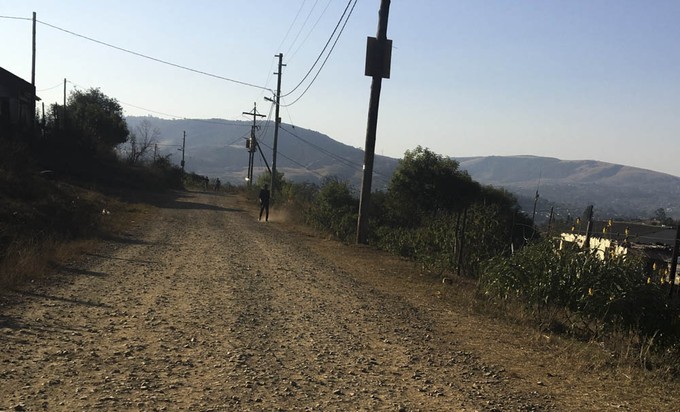 Residents of eGoqweni in KwaZulu-Natal say they have not seen their wardl councillor since 2014. Photo: Ntombi Mbomvu

Residents of eGoqweni in KwaZulu-Natal have no potable water, no tarred roads no school. As ambulances and taxis will only use the tarred road, residents are fetched far from their homes. They have to fetch water from the nearest river, which they share with goats and cows. The children have to walk to schools in Edendale location eight kilometres away and the nearest clinic is a six-kilometre walk to Snathing.

Sipho Madonda (ANC) has been councillor for eGoqweni Ward 11 for the past 10 years. In the 2011 local elections, he received 89% of the vote. He is standing for reelection as the ANC candidate.

But residents told GroundUp that they haven’t seen him since September 2014.

They have formed a community committee of five people to take up their demands.

Kwenzokuhle Phungula, one of the committee members, said, “We have tried to arrange community meetings with Madonda, but we have failed … Whenever we call him, he will respond by saying he doesn’t know this community. We got tired of begging him and we decided that we form a committee early this year.”

“Together with the community, we went to the Msunduzi municipality early this year. We told the officials about the conditions of the roads in our location. We are still waiting for them to fix the roads as they promised,” said Phungula.

“Not even one of the officials has bothered to come and see the kind of life we are living,” said Mncedisi Khambule, also a committee member, who has been living in eGoqweni for 14 years.

“The only thing that was built for us are toilets. We have people living in metal houses and mud houses. People are living in houses that might fall at any time. If these houses fall, it means that people have to go and sleep in toilets.

“We have no clinic … We use wheelbarrows to transport people to the main road if we have called an ambulance … because ambulances refuse to use this road. We are suffering, but at the end of the day these people want our vote,” said Khambule.

Another committee member, Thobile Mlambo, also complained about the ward councillor. “We can’t rely on someone who doesn’t even know that we exist. We won’t vote for him. We are taking our votes to other political parties. We have been suffering enough. We have lost hope in the ANC,” he said.

Madonda, however, said there were plans in the pipeline to develop eGoqweni. “It’s not true that the place has no development. We have tried fixing the road, although it is not properly fixed. Residents must wait,” he said.