No toilets for informal settlement in Mthatha 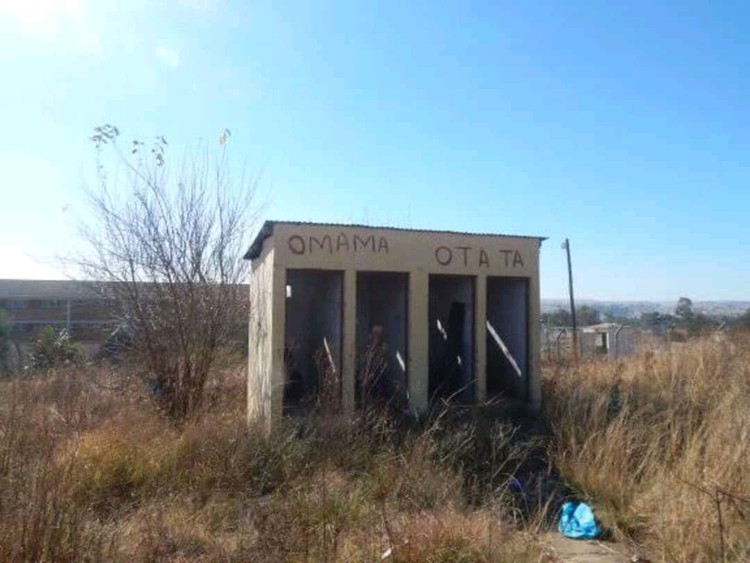 These are the pit toilets that were built by residents when they moved onto the land. The toilets have since filled up and people now relieve themselves in a nearby field. Photo: Kwanele Mketeni

Residents living at KwaMpuku informal settlement in Mthatha say they have been relieving themselves on a field nearby because they do not have toilets. They have accused the municipality of failing to provide basic services.

The settlement is home to over a thousand people. The community built four pit toilets (two for women and two for men). Residents say these toilets have since filled with faeces and have not been emptied. There are two working taps in the settlement.

On 7 August last year, the municipality ordered the demolition of many homes. The City has told GroundUp that it was because KwaMpuku residents had occupied the land illegally. It says the land has been earmarked for development.

Siphosethu Kwedinana says his home is nearby the pit toilets and the smell has become unbearable. He says residents were also worried that young children who play in the area could get sick.

“The fact that we have water doesn’t mean the municipality wants us here. It won’t bring other services because it wants us off this land. We have brick structures, but we don’t have electricity.”

King Sabata Dalindyebo Municipality spokesperson Sonwabo Mampoza said basic services could not be provided for the KwaMpuku community because they were on the land illegally. He said the municipality has urged them to leave the property. “We advised them on numerous occasions. Rebuilding there means they are challenging the municipality to again demolish their homes. That is not in the best interest of the authority but something has to be done.”

“If people see open land and want to build, they must first consult the municipality to avoid such occurrences,” he said.