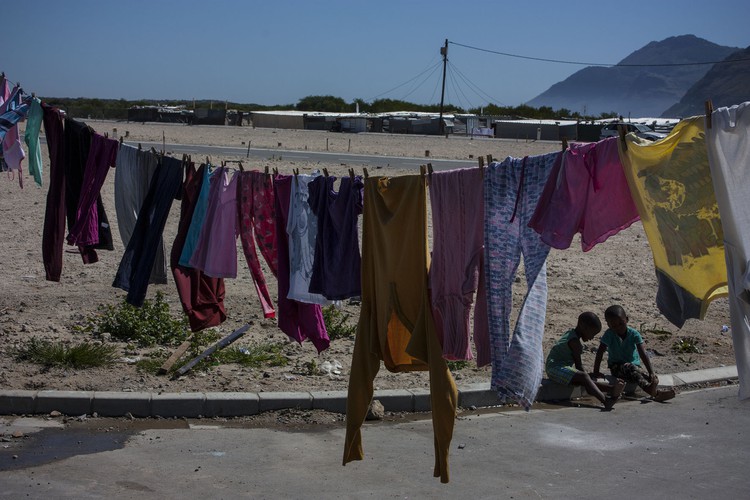 City-owned land next to Masiphumulele, known as Erf 5131, was identified for the relocation of informal settlement residents who have built their homes in the flood-prone wetlands. Archive photo: Steve Kretzmann/WCN

For years residents in Masiphumelele, Cape Town, have been asking to be moved from the difficult living conditions in the Wetlands informal settlement to vacant land on Erf 5131.

GroundUp was reporting on the discussions between the City of Cape Town and the community leadership back in early 2017.

Then in April 2019, after the community met Mayco Member for Human Settlements Malusi Booi, they understood that the City would relocate about 1,000 households to Erf 5131 as a temporary relocation area, starting in October.

At the time, residents expressed suspicion that the City was playing a “political game” to prevent protests before the May general elections.

Booi told them at the time that the City would put in place civil services and there would be a community facility and school. He said detailed plans would be finalised after an environmental impact assessment.

But community leader Tshepo Moletsana says, “We have heard nothing [since]. I have been trying to follow up by sending emails to find out what the progress is because people are waiting. They were promised a move but nothing is happening.”

He said this also involved “public input” and the timing would “depend on whether there are any delays with these required processes”.

He said several development options were being considered, including a temporary relocation area and formal Breaking New Ground housing.

“It is a complex process and it is not possible to provide an exact date when an outcome can be expected. A meeting has not yet been held with residents as there has been nothing concrete to report back on to date,” said Booi.