“We have a serious crisis” says disability organisation 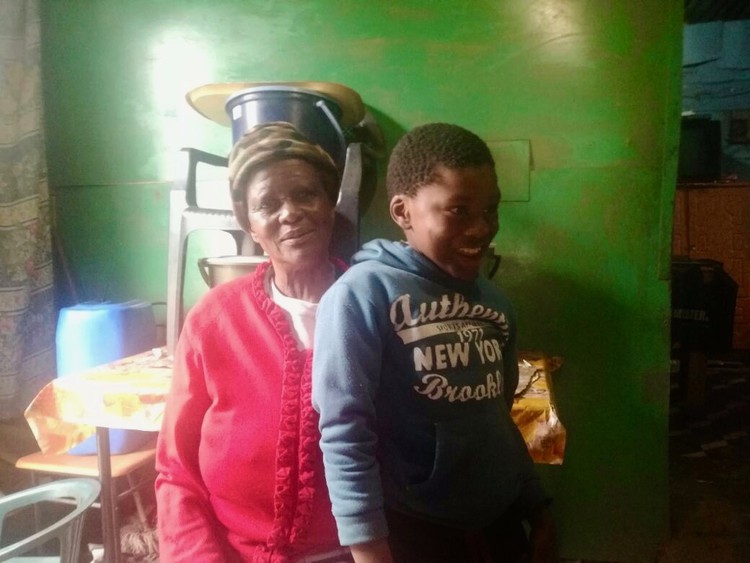 According to government figures there are more than 2,000 children with disabilities waiting for schools in the Eastern Cape. GroundUp spoke to two families in Mdantsane near East London.

Boniswa Ntshota, 73, has been caring for her grandson, Hlomla Ntshota, since his mother died in 2008. She says she has been looking for a school for him in Mdantsane for three years.

Ntshota lives in a two-roomed shack. She left the Transkei in 2006 to be closer to medical facilities. She has diabetes, suffers from arthritis and her eyesight is weakening.

Hlomla, 9, does not speak and has to go to physiotherapy on a regular basis. His grandmother says learning to walk took him longer than most children.

“I want him to go to a school that will cater for him. He is old enough now and I want him to play with other children,” she says.

Ntshota says she has spoken to doctors and social workers dealing with Hlomla’s case. But all she has had so far are promises.

Single parent Nontsha Peter from NU11 lives in an RDP house with her 25-year-old son, Sibusiso. He can do little for himself and uses nappies.

From 2001 to 2010, he lived in a school for the disabled in Port Elizabeth. “It was difficult to have my son so far from me, but I had no choice; we couldn’t survive on his social grant alone,” says Peter.

During those years she would bring him home for the December holidays. She would have to hire a car as she couldn’t travel on public transport with him.

One holiday she decided not to take him back to the school because she was unhappy with the condition she had found him in.

She says she has looked everywhere for a school for him. The closest school that accommodates children with disability told her that Sibusiso needed special attention.

“When you are looking after him you have to think for two people. It is a full time job,” she says. “I do it because I am his mother but it is too much for other people.”

She is a domestic worker and when she goes to work she leaves Sibusiso with an elderly aunt. However, the aunt is in very poor health and sometimes spends weeks in hospital, leaving Peter with no help except the neighbours.

“I want a school for him because I would like to rest. I work the whole day and get back home and work again … I need to work because we spend his social grant on nappies,” says Peter.

Children denied their right to education

In September, Basic Education Minister Angie Motshekga said that there were 725 public schools which take disabled learners. That is less than 3% of schools countrywide.

Equal Education Law Centre (EELC) attorney Chandre Stuurman says children with disabilities have a constitutional right to edeucation. “This right is immediately realisable and is not subject to the available resources of government. Despite this, thousands of children with disabilities or children who experience other barriers to learning are out of school or are not being accommodated when placed in an ordinary public school,” says Stuurman.

Provincial manager for Disabled People South Africa Mncedisi Nkota says, “We have a serious crisis. If East London is a city and it is faced with such an issue, how much more in rural areas?”

“The department [of education] talks of inclusive education, which we promote, but the reality is that the department is not ready. It is something that we have been talking about for more than 15 years,” he says.

“We have a number of learners who are on waiting lists and they wait till they are too old to enrol in school, meaning that they miss out on years of education,” said Nkota.

Eastern Cape Department of Education spokesperson Mali Mtima said there were seven schools for the disabled in East London and one in Mdantsane. Four other schools are over 50km away in King William’s Town.

Asked about waiting lists, he said the department was dealing with the problem by creating new schools and increasing full service schools.