Western Cape operating at 60% of capacity 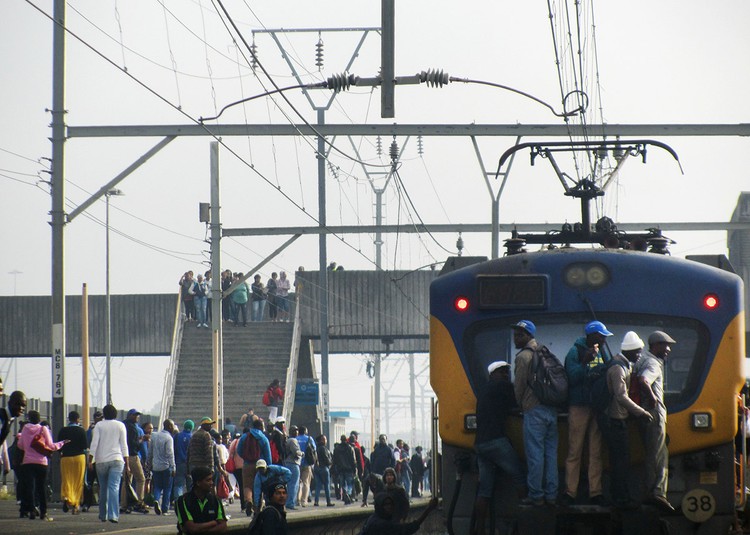 There is “no quick fix” to the problems with Cape Town’s trains, says Metrorail’s Riana Scott, in response to a letter from eight train commuters complaining about constant delays and shortages of trains on the southern line.

In the letter, sent on 17 August, the commuters complained of inefficiencies with the train system. They urged Metrorail to treat this as an emergency because between 400,000 and 700,000 people used trains daily in the Western Cape.

They said passengers stuck in broken down trains were susceptible to “mugging, assault and worse”, mentioning Steenberg station as one of the most dangerous. They also complained that adequate alternative transport was not provided when trains broke down, and asked whether commuters who bought a monthly ticket could be refunded when trains broke down.

Scott, who is head of marketing and communication at Metrorail Western Cape, said there was “no quick fix to repair a system left to deteriorate over 50 years”.

“The Western Cape is operating at 60% capacity, having lost 101 carriages to arson and vandalism since October 2015. As a result punctuality and reliability have declined,” she said. “The region has only 60 train-sets to service a timetable designed for 84 train-sets, hence the many cancellations.”

On the security issue, she said the deployment of security was decided in a weekly meeting with the Rapid Rail Police Unit. “Police/security is not able to be everywhere at once – instead they are posted according to predetermined priority areas,” said Scott.

On alternative transport when trains broke down, she said though Metrorail had a small fleet of in-house buses on standby, “there is not sufficient capacity to assist everywhere at once”. Other bus companies were busy with school transport in peak hours and could not spare more than a few buses.

Each bus could only transport 75 passengers while a train might have 800 to 2,000 passengers, she said.

“More often it is quicker to fix the train than to order buses from different areas to assist.”

Train commuter Byron Bothman, one of the authors of the letter, said he had only seen a bus deployed once, when there was a problem between Fish Hoek and Simonstown. He said only one bus had been provided, which could only transport about 60 people. “I saw grown men fighting off pregnant women and elderly people to get onto the bus, which I understand because we all need to get to work, but I thought there was going to be a fatality. It was chaos,” he said.

Paul McDougall, another train commuter, said it cost him R340 per month for a Metro Plus monthly pass as opposed to R4,000 for petrol per month. He told GroundUp he had “little hope for improvement from the letter” but wanted to put pressure on Metrorail.

When GroundUp asked Metrorail whether passengers with a monthly pass could get a refund if the train had broken down, Scott said refunds were not applicable if the delays were beyond Metrorail’s control. “Fares cover only about half of Metrorail’s operating costs, the balance is provided by a government subsidy. Monthly ticket holders pay for equivalent of three weeks travel but receive four. The ticket is heavily discounted,” said Scott.

Asked about better communication with commuters when trains were delayed, Scott said the current trains did not have public announcement facilities on board. Stations were being fitted with public address systems and electronic notice boards she said.

Scott said R172 billion had been set aside to “modernise the country’s entire rail system” over 20 years. “Modernisation is progressing well with a commercial service already operating in Tshwane. The programme is being rolled out in order of priority – the Gauteng and KZN rail systems are equally old and obsolete.”

Bothman, who has been using the train every day since 2008, said “the service is deteriorating to the point where it’s imploding.” He said he had arrived three hours late to work on Monday and two hours late on Tuesday last week. Something needed to be done at once, he said. “People are losing their jobs.”