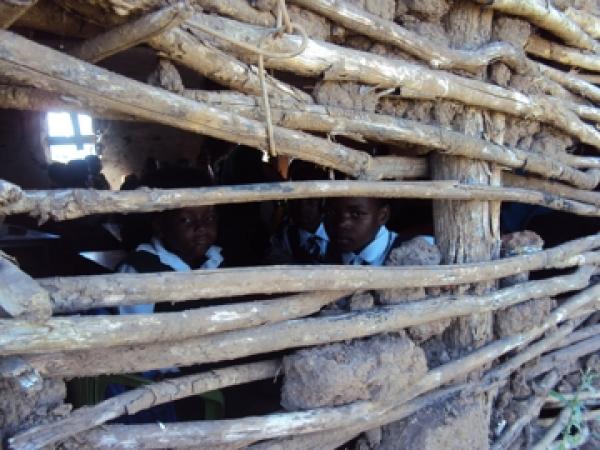 The Bhisho High Court ruling means that government has to fix schools like this. Photo courtesy of Equal Education

Equal Education’s victory in the Bhisho High Court on 19 July compels the state to improve hundreds of inadequate school buildings made of mud, asbestos, metal or wood. We explain what was argued in court and why the court ruled against Minister Angie Motshekga.

The court declared sections of the regulations for Minimum Uniform Norms and Standards for Public School Infrastructure unconstitutional. The case was brought against the Minister of Basic Education by Equal Education – the country’s largest social movement campaigning for a better education system. Also, an organisation of learners, parents, teachers and principals called Basic Education for All (BEFA) was admitted as a friend of the court.

The regulations were made by the minister in terms of the South African Schools Act. The Act compels the Minister to prescribe minimum uniform norms and standards for things like school infrastructure, electricity, water, sport facilities and sanitation. The regulations were made following a high-profile campaign by Equal Education, but the organisation was unhappy with Motshekga’s effort.

The minister argued in response that school governing bodies will have sight of the plans and that these SGBs already consist of the broader community.

Regulation 4(5)(a) deals with the role of other government agencies responsible for infrastructure. Equal Education argued that this regulation is vague because it does not give specific obligations to identifiable government departments. Instead it creates an escape route for government departments who can merely say that there were no resources available.

But the Constitution says the right to basic education cannot be limited by “available resources”, argued Equal Education. Moreover, by making implementation dependent on co-operation of other government agencies, the education department can avoid responsibility for failing to improve school infrastructure.

Equal Education stated that by creating imprecise regulations that are not binding the Minster is violating the Constitution, the Schools Act and a 2013 Court order which had ordered the Minister to make norms and standards which are binding and effective.

The Minister argued that making regulations was a matter of her discretion and that the court cannot interfere with that discretion. In terms of the Schools Act, basic education has to be provided within available resources because, for example, infrastructure and water are competencies of other departments, and she cannot bind other departments on how and when to provide those services.

BEFA argued that the Minister of Basic Education had failed to meet the standard required to limit a right using section 36 because the regulation does not consider the importance of education in society. It argued that the minister cannot merely say that the right must be limited; she must justify the limitation by placing relevant information before the court.

Two of the regulations are concerned with schools built entirely out of mud, asbestos, metal or wood, and prioritise these schools.

But Equal Education argued that these regulations undermine the right of learners to a basic education, equality and dignity and the right of teachers to a safe working environment, equality and dignity. This is because of the word “entirely”. It argued that these regulations ignore schools built partly with unsafe materials. Also, Equal Education criticised the vagueness of the word “prioritise”.

The minister’s response was that it was within her discretion and powers to make regulations the way she did. It is her preference to prioritise schools entirely built with unsafe material. And that this does not mean other schools are not considered. She argued this is caused by resource constraints.

Two regulations provide that all schools without any form of power supply, water supply or sanitation must be prioritised.

Equal Education argued that the regulations do not make it clear how prioritisation will take place or what prioritisation means and what the time frames are for fixing the defects. The minister responded that the services required here are outside of her scope of services and that other departments would have to be consulted on the provision of these services.

What the court found

Acting Judge Nomawabo Msizi wrote that public authorities must act according to the law, and in this case that law is Schools Act and the Constitution. Msizi said that the power vested in the minister requires that everything she does be justified and explained. This is what the Constitution requires.

The court found that infrastructure plays a significant role in the delivery of basic education. It then proceeded to conclude that the right to education in the Constitution is to be provided immediately and not over a period of time.

The court was unsatisfied with the Minister’s reliance on budgetary constraints. It said that it is not enough for the Minister to merely say that there is no budget or that money may be with other departments. The Minister must plan and allocate resources according to her obligations. And if that is not possible, then she must justify her actions in terms of section 36 of the Constitution or argue that what the litigant wants is not just and equitable (in terms of section 172 of the Constitution).

The court reasoned that there would be no accountability if the implementation of regulations was subject to “co-operation” as the Minister had argued. It found that the right to basic education would not be provided since other infrastructure is the responsibility of other departments and that the minister could merely blame those departments for failures. The court found that the minister had failed to justify her actions in terms of section 36 or section 172 of the Constitution.

The court was unsatisfied by the minster’s exclusion of certain schools in the regulations. It relied on evidence brought by BEFA that demonstrated that dangerous and unsafe conditions are not only limited to the schools the minster prioritised. It found the minister’s reliance on her discretion on what schools to prioritise insufficient and baseless especially since she did not even explain what she meant by “prioritise”.

Regulation 4(5)(a) was declared unconstitutional for subjecting the regulation to “available resources.

Regulation 4(3)(a) and 4(1)(b)(1) were altered to remove “prioritised” and to include “all schools”. Also the court removed the word “entirely” from the regulation so that it is not only schools built entirely but classrooms built entirely or substantially from unsafe material.

In regulation 4(2) the exclusion was removed so that no school is excluded. Regulation 4(6) and 4(7) were declared unconstitutional for failing to provide for access to reports and plans prepared by the provincial MECs.