No learning at Mseki Primary School until department answers demands

If this is what it takes to get equal and better education, so be it – parent 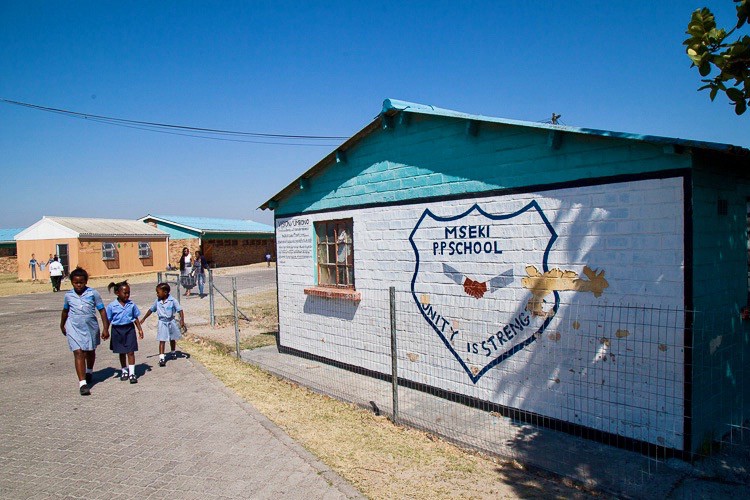 Parents say schooling will not continue at Mseki Primary until they get a clear response to their demands from the Western Cape Education Department (WCED).

Last week classes were disrupted at the school when parents, members of the school governing body (SGB) and some teachers protested against what they claimed was overcrowding and teachers not being paid.

On Tuesday morning, teaching stopped when parents, teachers and learners marched at 8am to the Gugulethu police station to try and obtain a permit to march to the WCED. They were told that they would have to apply for a marching permit at the Civic Centre in Cape Town and they would have to wait seven days to get a response.

By the time the protesters marched back to the school from the police station, most of the students had gone home.

Phunyezwa Sonqishe, a parent and SGB member, said they had made an appointment and gone to the WCED offices on Monday, but had not received much help. “We want mobile classrooms, and we want to know what will happen to the two teachers who still have not been paid, even though the department says they have [been].”

“We are not going to break windows, burn down the school or cause unnecessary chaos, but we will fight for what we want. Learning will not continue until we are heard,” said Sonqishe.

A parent of a Grade 5 learner said that if this is what it takes to get equal and better education for their children, then so be it.

Spokesperson for the WCED Millicent Merton said the department was aware of the march and the protest at the school. “We call on parents not to disrupt teaching and learning.”

She said the SGB had a new appointment with the WCED officials responsible for infrastructure.