No justice for Khayelitsha woman, raped while taking a nap 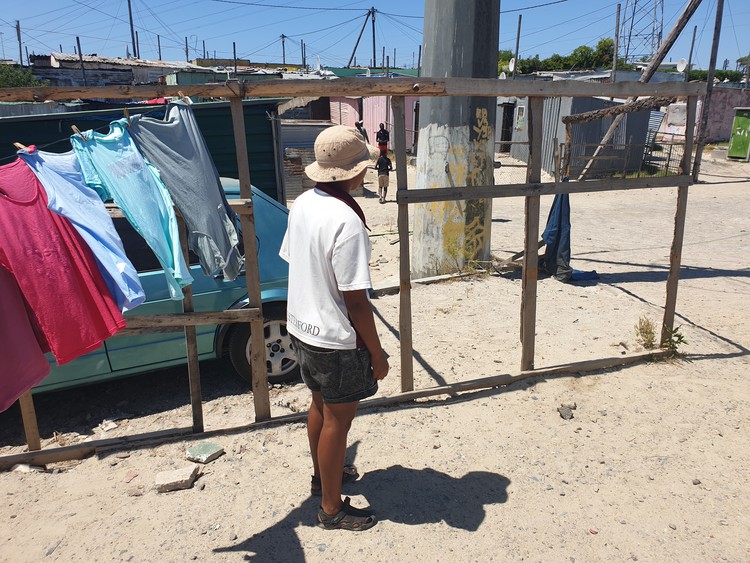 A Social Justice Coalition activist says she is losing hope of getting justice after she was raped by a neighbour in Khayelitsha. Photo by Mary-Anne Gontsana

A 20-year-old Khayelitsha woman, who was raped while taking a nap at a friend’s house last month, says she’s losing hope in the justice system.

On Tuesday, the Rape Crisis’ Rape Survivors Justice Campaign (RSJC) plan to picket before handing over a citizen’s monitoring report on the services offered to survivors of sexual violence at the Khayelitsha Magistrates Court.

Speaking to GroundUp this week the woman, who is also a Social Justice Coalition (SJC) activist, recalled the events in RR Section on Saturday, 23 November. “I was on my way home from an SJC event when I saw my friends at [the accused]’s shack. They were chilling, playing music and drinking,” she said.

“When I went back again, I was with another friend of mine. We got to the man’s shack and my friends were not there, so we decided to wait. My friend went to the toilet and I ended up passing out on the bed because I had been drinking,” she said.

But when she woke up, the man was on top of her and had already penetrated her. Her friend returned from the toilet and raised the alarm when she heard the woman screaming and could not open the door to the shack. Community members then helped to break down the door. The man was handed over to police officers on patrol in the area.

The woman said that she had been dreading having to relive her ordeal when the accused was due to appear in court on 26 November, but was shocked when she discovered that the matter had not even been placed on the court’s roll.

“I went to the clerk’s offices and they did not know what I was talking about. I went to the offices of the South African Police Service in court, there I was told that the matter was off the roll because there was not enough evidence and there were outstanding statements,” she said.

While walking from one office to the next, the woman said she was horrified to see the accused “walking freely” around the court’s waiting area.

Zukiswa Qezo, an SJC organiser said that they had accompanied the woman to court last month and were also shocked to see the accused leaving the court. “One of our members even asked him what was happening. He said he didn’t know, he was just told to come to court on the 26th on a rape charge. We were shocked,” she said.

“I don’t have hope and I do not know what to do anymore,” said the woman. “I am sitting here and I do not even have a court date.” The woman said she had also been getting threatening messages from the accused’s friends trying silence her. She now fears for her life because every day she has to walk passed the accused’s shack.

Police spokesperson Frederick van Wyk confirmed that a rape case had been opened in Khayelitsha Site B police station. He said the matter was still under investigation.

The concerns raised by this survivor and other activists are one of the issues highlighted by Rape Crisis as it lobbies for specialised courts for survivors of rape and abuse.

The RSJC’s Mandisa Mbotshelwa said, “Even though there has been some progress on the government’s side in terms of the sexual offences court in Khayelitsha, there is a list of things that are still missing.”

Mbotshelwa said that a separate courtroom entrance and waiting area were needed for rape survivors in Khayelitsha. She said their monitoring report would bring to light many of the court’s shortfalls.