One mother told to pay for her child’s chair 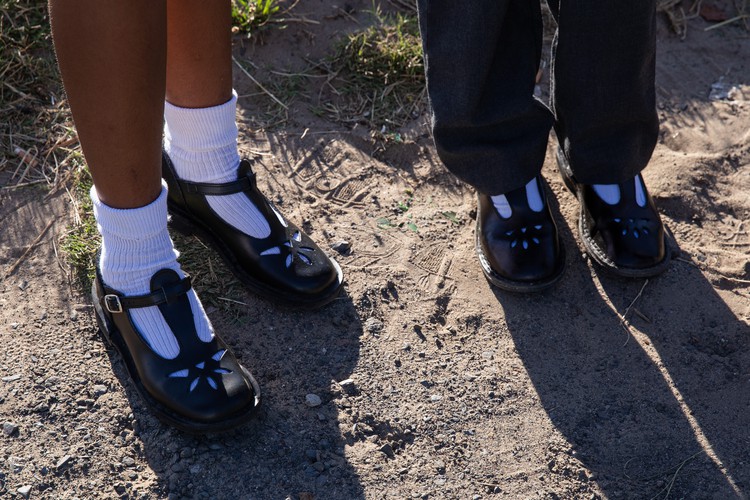 Some children have been turned away from “no-fee” schools because their parents cannot pay an upfront fee. Archive photo: Ashraf Hendricks

South African schools are divided into five categories known as quintiles. The quintiles range from the poorest to the least poor, with quintile 1 being the poorest 20% of schools in the country. Quintile 5 covers the least poor public schools and parents of children who go to schools in quintiles 4 and 5 are expected to pay school fees.

Schools in quintiles 1 to 3 are no-fee schools, which means parents do not pay school fees. If school governing bodies introduce fees in a public school and parents are unable to pay, the school cannot deny learners admission.

The parent of a child at Solomon Mahlangu Primary School in Khayelitsha told GroundUp that when she arrived at the school with her child for registration, she was told she had to pay R400 for the child’s Grade R graduation in November.

“I asked to pay half of the money then and the rest of it at the end of the month but they said no… The school told me I couldn’t take my child to school without a slip of payment,” said the parent. She had to borrow R400 so that her child could start school.

A volunteer parent at Equal Education, Vuyokazi Bobotyane, said she had visited the school to find out why parents of Grade R learners were being turned away if they were unable to pay an upfront amount of R400. She said that when she asked the principal why parents were expected to pay the money, she was told it was for Grade R graduation at the end of the year.

She said the principal had told her that the School Governing Body had decided the fee should be paid at the beginning of the year and that children would be admitted to the school when parents paid.

When GroundUp contacted the school, Nombulelo Davane a staff member, confirmed that learners had to pay R400 and said if parents could not afford the amount they should “speak to the principal and give the money on a certain date”.

Jessica Shelver, spokesperson for MEC for Education Debbie Schafer, confirmed that no-fee paying schools are not allowed to ask parents to pay any form of registration or upfront fee. She said some schools might ask for donations but this should be completely voluntary.

Shelver said that if parents were turned away for not being able to pay a fee at a no-fee school, “they should contact the district office”.

The parent of a child at Soyisile Primary School in Khayelitsha said that parents were made to pay R200 before their children were admitted to Grade R this week. She was told that this fee was for a chair in the school for her child.

GroundUp tried to contact Soyisile Primary School by phone last week and on Monday but could not reach anyone.

Bobotyane said that most of these parents did not have the money as it is mid-January and some of them are waiting for their social grants.

Daphne Erosi, a community liaison officer for Equal Education, said that she had been in touch with seven no-fee schools in the Western Cape where children had been expected to pay fees. Some children whose parents could not afford to pay had still not returned to school.

“Some kids are still waiting for month end and one parent I know had to borrow money because her child was crying. She had to explain to her child that she was waiting for money and it was heartbreaking. It is not sitting well with me,” said Erosi.

Section 41 (7) of the South African Schools Act stipulates that no learner may be deprived of their right to “participate in all aspects of the programme of a public school despite non-payment of school fees”.