The no-fee school where parents were forced to pay fees

Long history of corruption at primary school in Gauteng 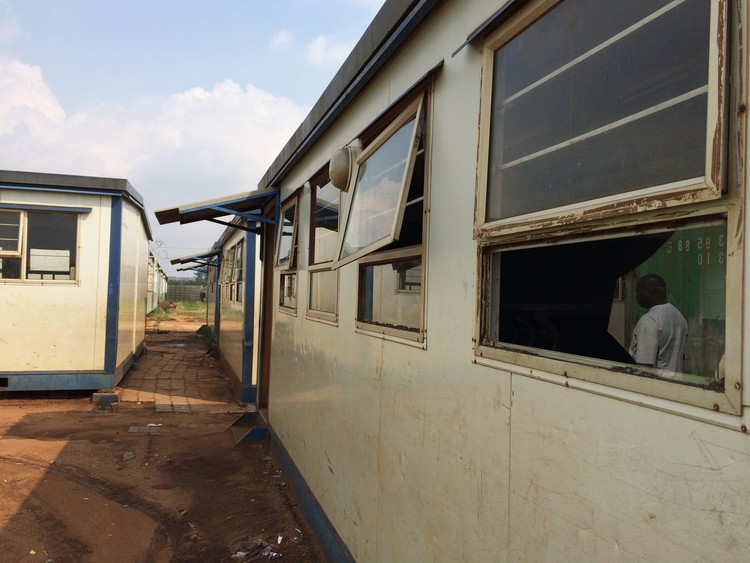 Mpumelelo Primary School in Midrand, Gauteng, is a no-fee school. But in 2007, whistleblowers approached the Gauteng Department of Education to report that the principal was forcing the parents of the more than 1,800 learners, all of whom are from the Ivory Park informal settlement near Tembisa, to pay R50 in school fees per year. This was just one of a series of problems at the school.

It is illegal for a no-fee school to charge fees of any kind to parents, although parents can be encouraged to make “voluntary contributions” of money or time to the school. But Corruption Watch, to which Mpumelelo parents turned in 2016, has had many reports of no-fee schools charging fees to parents, and sometimes even withholding a child’s progress report or barring them entry to the school premises if the parent has not paid.

Some parents have now been refunded the money. But more than 500 parents have never heard back since the complaint was raised with the GDE in 2007.

The school is one of many where corruption has been reported. Roughly a quarter of all the reports of corruption received by Corruption Watch are about schools.

Mpumelelo has been faced with a series of corruption complaints since it was formed in 2003. In 1999, parents of the Ivory Park community came together and started the school “under the trees”, current school governing body (SGB) chairperson Osmond Nkuzo told GroundUp. It took four years for the GDE to recognise the school, and to appoint a principal, Benny Makgoka. Under his management the school lost many of its financial records, said Nkuzo, and R1 million went missing from school funds, an amount which has not yet been recovered by him or the GDE. “We are trying as a community to expose what is happening at this school,” Nkuzo said.

In 2008 the SGB reported Makgoka to the GDE for mismanagement of funds, and a forensic audit was undertaken. But, GDE spokesperson Oupa Bodibe told GroundUp, the investigation found that the claims were “unfounded”.

He said “the outcome of the investigation was communicated to all concerned parties”. But parents claim otherwise.

“After the forensic audit, the report was never brought to the concerned people, like us SGB members. Nothing was done,” Nkuzo told GroundUp. And when SGB members asked Makgoka about it, says Nkuzo, he “threatened” them with a gun.

After the forensic investigation, parents protested and chased the principal away from the school because of incompetence, but the district official reinstated him. He was only forced to step down once the school changed educational districts, and he failed to attend meetings with his superiors in 2015. After he was fired, he opened accounts in the school’s name at various stores and has racked up bills at them, according to Nkuzo. Bodibe said that Makgoka was still undergoing disciplinary proceedings and investigation following his dismissal. “The department is still waiting for a final report with recommendations from the investigators before taking any action against the principal who is currently reporting at the district,” he said.

Groundup contacted Makgoka who said he did not want to comment about any of the allegations of financial mismanagement at the school.

According to parents, earlier this year a school administrator was dismissed from the school after several parents told the department that he had forced them to pay him large lump sums to secure their children a place at the school. Some had paid up to R2,500 to secure a spot. “And if you don’t want to do what they want, you can’t get the space. You can stay with your child at home,” parent and SGB member Christina Dlamini told GroundUp.

SGB treasurer Bright Ngubeni says that milk from the school feeding scheme constantly goes missing, and sometimes children cannot get their meal, which is soft porridge made with hot milk. “The children are suffering,” Ngubeni said. “For some children it is their only meal.”

Nkuzo is a self employed electrician who works piece jobs in the area, and he has a child in grade 2 at the school. The mismanagement of funds has affected the quality of education at the school, Nkuzo said. Often, the wrong textbooks have been ordered and paid for and children have not been able to use them.

Children who leave Mpumelelo often aren’t ready for high school, he says. “They can’t keep up with the standard required because at Mpumelelo they were doing nothing! The children of Mpumelelo, when they go to secondary, it’s only two to three years and then they are chased out because they can’t even read, they can’t even write,” he said. “The results will show you something is wrong here.”

Things are beginning to change at Mpumelelo since a new acting principal has been appointed and a new SGB elected. Ngubeni said the school was operating at a surplus for the first time in over a decade, and the SGB was planning to pave the schoolyard which had been dusty in summer and flooded in the rain. But Ngubeni and Nkuzo say that the school needs “help” but the GDE is not responsive.

“The system is failing us. We want things to be managed properly. We want to see progress,” says Ngubeni.