No country for old spies 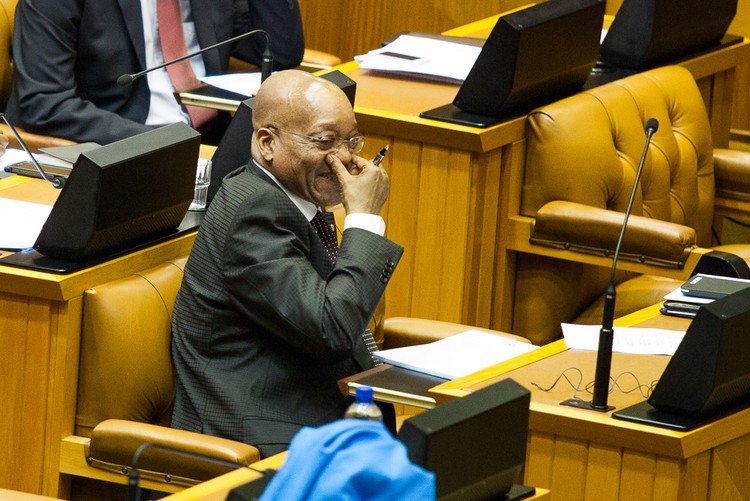 Long, long ago, there was a teacher in Cookhouse, a railway junction town in the Eastern Cape. He was a drunk. Every Friday he’d be arrested and released on Monday. Everyone in town knew him and knew that about him. My mother, being a nurse in that town, knew him too and so I got to know him.

On a certain Friday, he was arrested and you’d think it was “as usual”. But this time around, it was by the Security Branch of the police. Thereafter, they went from one activist’s home to another, arresting every activist they could find. They also went to hideouts and arrested those they could find. This being a small town, everyone “knew” who’d pointed out the houses.

Word spread quickly to the surrounding towns — Somerset East, Bedford, Adelaide etc. Comrades went into hiding. For the UDF activists this had become a habit. As soon as you heard of a raid in a nearby town, you knew they were coming for you. You hid.

By Monday he was released. But, on the same day he was killed — by an enraged mob who put a tyre around his neck, doused him in petrol and lit the fire. He died amidst the shouts of “impimpi”! - the “informer”, the “collaborator”! In South Africa’s dubious parlance for the gruesome killings of suspected collaborators, this was known as “necklacing”.

The cunning plan had worked: who else would have known who the activists were and where they’d hide but their teacher?

He didn’t know. He wasn’t an informer. But the Security Branch knew that “the community” would go for an obvious target. We didn’t know who “pimped” on whom. And they knew if they produced an obvious informer, he’d be killed. You could repeat this story many times from its origins. Joe Mamasela, an apartheid spy, planted stories about a young woman, Maki Skosana, in the Vaal, about how she was a collaborator. She was the first to be killed in this way.

By this time I’d experienced one necklacing incident, at Victoria Mxenge’s funeral. A Ciskeian policeman was chased across the green fields of Rhala village, stoned and then set alight. I wished for no more. I’d heard stories from Uitenhage comrades of how “necklaced” corpses were called Kentucky (after KFC) in that town because there were so many. I’d heard of a man paraded in the Duncan Village stadium with a tyre around his neck before a rally. He was set alight at the back of the stadium.

I’d also heard of Winnie Mandela’s speech when she said that with our boxes of matches and petrol, we’ll liberate this country. And I heard Bishop Tutu excoriating us, the UDF activists, that if we didn’t stop the necklacing practice, then he’d leave South Africa. My mind was made up. I was on Tutu’s side.

Imagine then, what it must feel like when Jacob Zuma merely announces that Ngoako Ramathlodi and Siphiwe Nyanda were apartheid collaborators. No proof. Just a mere assertion. Imagine too, what he meant to effect. To me, it’s easy: let loose the dogs of war. All of this was meant so that South Africa forgets, together with him, what Zuma had done to the country. He wants us to forget he tried the same tactic before and was found out at the Hefer Commission.

He doesn’t mention any of the judgements that went against his administrative decisions - Simelane, Ntlemeza, Abrahams, Nkandla, State capture report etc.

Throughout his testimony to the Zondo Commission on Monday, we were treated to a new narrative: a thirty years old conspiracy of three “intelligence agencies” that wanted him removed from South Africa’s political sphere. It continues to this day, we’re told.

Somehow, even the Commission that he’d appointed formed part of the conspiracy. So too, were the people he’d appointed to cabinet (whom he knew were spies) or the various administrators in government who inadvertently carried out the “plan” of the intelligence agencies that was hatched aeons ago. More than anything else he wants the ANC to fight among themselves.

The worrisome thing is that some media shout “fire” in a crowded theatre. Secondly, a credulous public repeats it. With a rush to the exits, someone shouts “smoke”. Everyone is scrambling and they trample on one another. More people die than would have if we’d put out the paper fire in the bathroom. That’s our political discourse. This is no mere idiom. I saw more people die at the Bhisho massacre, trampled underfoot, than I saw being shot.

Zuma is a danger to society. Treat him as such. Take his testimony for what it is: the rambling of a troubled mind. Repeat only what you can verify with your own eyes or through experience. Don’t believe his spy stories. Don’t forget that on 14 February 2018, we stood on the edge of becoming a fully criminal state.

Pikie was in the office of the deputy commissioner of SARS and came under investigation in the “rogue unit” saga.