New life for Khayelitsha crèche that was nearly closed down 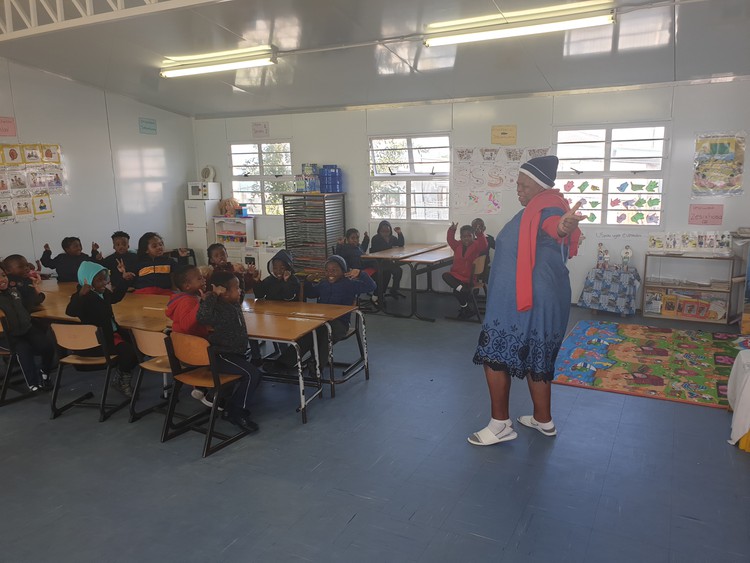 In 2016, Beauty Mehlomakhulu’s crèche, in a small shack in Khayelitsha, was on the verge of being shut down by the authorities. Today, Rainbow Educare is a thriving centre with 141 children, five classrooms, a kitchen and a bathroom.

Mehlomakhulu says she was contemplating suicide when her crèche faced closure. The Department of Social Development (DSD) said the wood and corrugated iron structure was unsuitable and unsafe for the running of an Early Childhood Development (ECD) centre and did not meet National Building Regulations.

“It was tough. 2016 and part of 2017 I had my worst days. I was even having suicidal thoughts, thinking: what am I living for if my crèche is shut down? What will happen to my children? Where will they go?” said Mehlomakhulu.

But in the middle of 2017 things started looking up for Rainbow Educare.

“After I spoke to GroundUp in 2016, I also reached out to other media and apparently my story spread to many people. Doors eventually opened for me,” explained Mehlomakhulu.

A pastor from a local church offered to help build her three classrooms using concrete slabs. The classrooms had no ceilings but she managed to get money from a different church which she added to money from crèche fees to install ceilings.

Her big break came when an organisation she works with, Ikamva Labantu, introduced her to another organisation, Breadline Africa, which supplies converted shipping containers.

“Breadline sponsored me with containers. Two were classrooms, one was a kitchen and the other was a bathroom with six toilets inside,” said Mehlomakhulu.

When GroundUp visited Rainbow Educare, little children were running to their classroom. There is a jungle gym, white containers, and three classrooms made of building slabs, painted bright green. The classrooms have desks, toys and fire extinguishers.

Mehlomakhulu’s crèche has now been registered, and been approved by both the provincial Department of Social Development (DSD), from which it gets funding, and the Department of Education.

“I am beside myself with happiness. Things came crashing down on me, but look now. I thank Breadline so much. I just wish that other crèches in the area could be as lucky. It is tough out there for crèche owners. There are so many crèches in this area who are in the situation I was in 2016,” said Mehlomakhulu.

“Municipal zoning and building plan requirements in the Children’s Act prevent many ECDs in informal areas from registration. For this reason, Minister Albert Fritz has written to the National Minister, Susan Shabangu, to ask her to ease these regulatory requirements, discriminating against the most vulnerable,” said Murray.

She said where a crèche could no longer provide the services agreed on with the department, funding would be stopped. But the department would work together with the crèche to help the owner meet norms and standards so that funding could be restored.