For the first time, the plan includes input from drug users 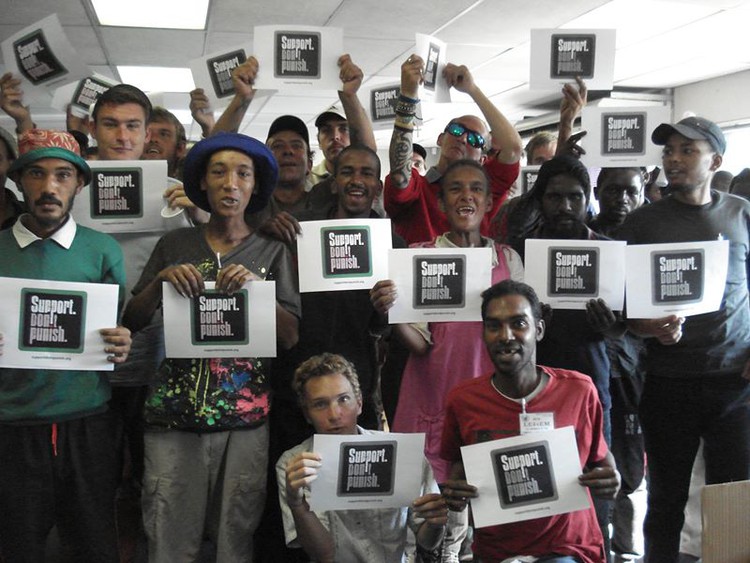 The National Drug Master Plan (NDMP) for 2018-2022 may include radical changes that drug policy reformers have long been campaigning for. But some experts fear it will be sabotaged by political wrangling.

This is the first plan to include input from drug users and promises a shift in policy.

Last year a Durban heroin user known as Coco, well known to health workers, died from tuberculosis. He might have been alive today had hospitals provided methadone and implemented withdrawal management protocols. Many heroin users miss life-saving treatment because withdrawal symptoms result in them leaving hospitals. And users are often pushed to the back of the queue or ignored because of the stigma attached to drug use.

Stigma and health services were among the issues raised during consultations in Cape Town, Durban and Pretoria last year between members of the Central Drug Authority and people who use drugs.

A recently released report on the consultations titled “Everyone Looks at us as Bad”, makes 21 recommendations ranging from simple steps to de-stigmatise drug users, to more ambitious but realistic goals such as providing opioid substitution therapy at community and primary care level.

The decriminalisation of drugs is also recommended, but this is likely to be a lost cause at this stage.

Drug policy reformers at the SA Drug Policy Week conference, which ended in Cape Town recently, hailed the consultations as “historic” and groundbreaking.

Previous plans have flopped and, experts say, this is largely because of the hard-nosed law enforcement approach which measured success in terms of how many drug users were arrested.

CDA chairman David Bayever told drug users at a Durban workshop: ”Every year these plans have failed because we haven’t consulted you.”

But not everyone subscribes to the “harm reduction” way of thinking.

The CDA has been under pressure, having to consult with dozens of government departments and civil society organisations - and Bayever has previously said that there are those who stand to benefit from a continuation of the current “war on drugs” policy.

The “Everyone Looks at us as Bad” report also highlights the stigma and discrimination drug users face at all levels of society, and the human rights abuses they endure from law enforcement agencies. Examples listed in the report include:

A third report, Dialogues with Durban Law Enforcement, compiled by the Urban Futures Centre at the Durban University of Technology and the TB/HIV Care Association, highlights the political pressure on police on the street.

According to this report, officers are mandated to focus on people who use drugs “and enact arrests and searches with a year on year increase of 13 percent.”

The knock-on effect is that little attention is given to drug production and supply.

“Police are frustrated by the futility of ongoing arrests of “low-level drug users” the Dialogues report says. Here police on the street are shown in a new light – as potential problem-solvers who are themselves hamstrung by policy and forced to work in a policy environment which makes little sense.

In the Step Up project’s Human Rights Violations Report, the chairman of the South African Network of People Who Use Drugs, Shaun Shelly, says: “… it is not only the law enforcement officers on the ground that are responsible. It is those who hold political power that influence the levels of abuse on the streets and in the alleys.”

“It is them we should hold accountable,” he says.

Shelly, who is also head of policy, advocacy and human rights for people who use drugs for the TB/HIV Care Association, a researcher at the University of Pretoria’s Department of Family Medicine and the chief organiser of SA Drug Policy Week, has previously warned that the next drug master plan could be vulnerable to the same sort of political influence as was the case with the 2013-2017 plan. “There is little clarity on how far down the road to reform the National Drug Master Plan is but we have seen in what general direction it is heading,” he says.

“Certainly most members of the CDA Executive support harm reduction, health interventions and some level of access to cannabis for research. Less certain is the political will for decriminalisation and legal regulation, especially for drugs other than cannabis,” Shelly told GroundUp.

Shelly has previously said that the 2013–2017 plan also aimed at including harm reduction policies but had been watered down to a “localised version” of harm reduction after “opposition from politically connected organizations.”

He also pointed out that calls for the decriminalisation of drug use were removed from the final draft of the recently launched national HIV strategic plan.

The statement noted that there were branches of government that supported, and perhaps even benefited from, the war on drugs.

Nevertheless, activists are still mobilising. Another groundbreaking development has been the formation of organised local drug user networks, well represented at the conference.

These included the Cape Town Network for People who Use Drugs (CANPUD), Drug Users of Gauteng and the South African Network of People who use Drugs.

The networks have been lobbying for policy change and are trying to bridge gaps between themselves, the community and authorities.

The regional advocacy and human rights manager for Drug Users of Gauteng, Connie van Staden, says the country is far away from the decriminalisation and legal regulation of drugs.

However, Van Staden says, he would at least like to see less punitive drug laws – for example users not being arrested for possession of paraphernalia such as needles, pipes or cookers.

He and members of CANPUD have also called for alternatives to imprisonment for drug possession, such as diversion to treatment.

Users on the streets say there has been a huge increase in people injecting heroin over the past two years. And aggressive police action has only driven the drug trade further underground.

Several users told GroundUp they were still regularly harassed and even assaulted.

“It’s a regular occurrence…the cops and the neighbourhood watch, They don’t give a damn about your rights or who you are,” a user said.