Residents told to “boil the water before consuming it” 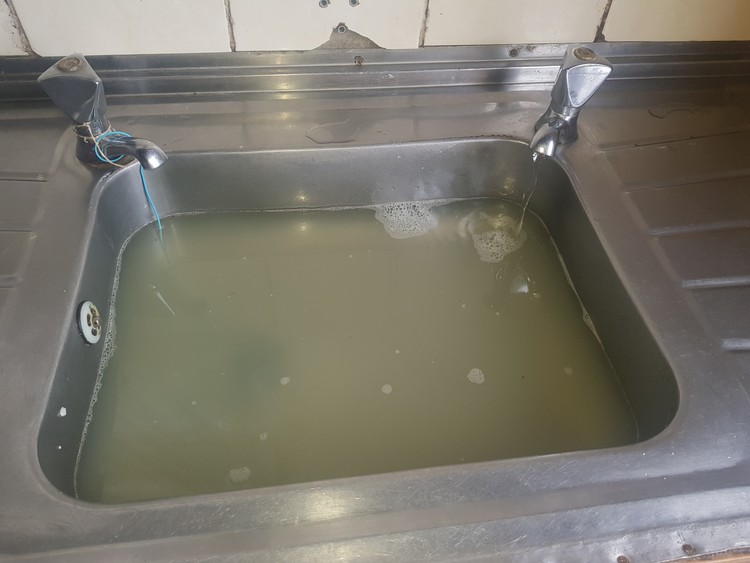 The Nelson Mandela Bay Municipality has conceded that the city’s tap water may in fact be contaminated. It says residents should boil their water before consumption. Photo: Joseph Chirume

Following weeks of complaints by residents about the quality of tap water, the Nelson Mandela Bay Municipality this week conceded that the water may in fact be contaminated. In an urgent statement this week, the City urged residents to boil their water before consumption.

The City said that a recent test showed deterioration in the water quality. “The current drought facing the City, with the resultant low dam levels and fluctuating reservoir levels, is one of the major contributing factors,” the City said. It stated that tests revealed that certain microbiological limits had been exceeded.

“The Municipality urges consumers to boil their water before drinking or cooking, until further notice,” the City said in the statement on Monday.

For weeks, the City’s message to residents has been that the water was safe to drink despite being discoloured.

In a statement on 25 January, the City said, “We are aware of numerous reports of discoloured water across the metro. Mineral deposits build up inside water infrastructure over time … The quality of potable water supply is regularly monitored, and all tap water has been disinfected to ensure that it is safe to drink. Should your water discoloration be of concern, we suggest you boil it for drinking purposes.”

Missionvale resident Hilda King told GroundUp she fell ill last month after drinking the discoloured water from a public tap in Mackays Ground informal settlement. “I immediately experienced stomach pains that developed into diarrhoea. I can’t rule out a major disease outbreak here if the water is not treated,” she said.

King said not everyone could afford to buy bottled water and there were costs involved in boiling water, like buying paraffin.

Another resident of Mackays Ground, who asked not be named, said that the water looked “cloudy and milky with objects that resembled bubbles”.

A resident from Salt Pan in Missionvale said, “The water smells like grease. I’m afraid to drink it. I have resorted to buying water but it’s taking a toll on my finances.”

Municipal spokesperson Mthubanzi Mniki did not respond to questions about how the municipality is assisting poor families that can’t afford to buy electricity or paraffin to boil the water.