Neighbours to the rescue as health system fails epileptic man 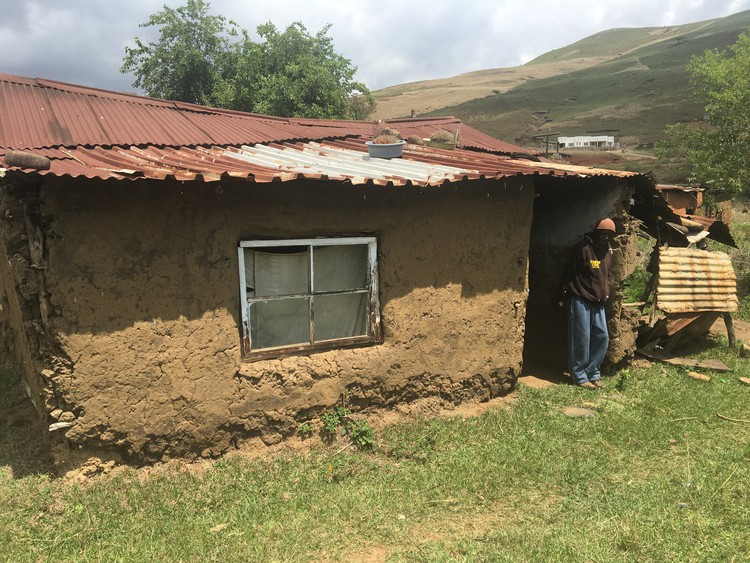 Dumisani Zuma is epileptic. He lives in a broken-down house and says he has never been visited by a Community Health Worker. Photo: Nompendulo Ngubane

A 58-year-old Pietermaritzburg resident who is epileptic and living in a broken-down mud house is still waiting for help from one of the thousands of Community Health Workers deployed across KwaZulu-Natal. Now his neighbours are coming to his rescue.

After numerous attempts to fix his dilapidated mud house, Dumisani Zuma from Nhlazatshe in Pietermaritzburg has lost hope. He has no living relatives and he survives by food donations from the neighbours. He does not get a disability grant and no-one has helped him apply.

The front of his house and what used to be his kitchen was destroyed by rain. The roof is supported by stones. His home has been burgled several times.

“I live in fear everyday because I keep wondering what will happen next,” said Zuma.

Ward councillor Sipho Madonda said cases like Zuma’s were monitored by Community Health Workers. According to the Department of Health there are presently 10,089 Community Health Workers in the province. They report to a “war room” where the ward councillor and representatives of government departments meet to discuss issues affecting the community.

Questioned by GroundUp about Zuma’s case, the chairperson of the “war room” in Zuma’s area, Nomusa Hadebe, said Community Health Workers had last seen Zuma in 2014 and he had been one of 15 households identified as needy. However, only five new houses had been built.

Radebe said Community Health Workers reported that Zuma was usually not at home when they called to check up on him. She said they had tried on the weekend but had not found him at home.

But Zuma denied that Community Health Worker had ever visited him in 2014. Nor had anyone ever helped him apply for a disability grant. He said health workers knew about his situation but had never visited him. “In fact no one knows what they do because it is like they don’t exist, but we see them every day [passing my house],” he said. “I have made numerous appeals for help but all have failed.”

Zuma’s neighbour, a woman in her 60s who did not want to give her name, said the women in the area had volunteered to go to the bush and cut reeds to help him build a house. “As women in the area we have decided to help out. We fear that one day we will wake up and find him dead. We told him he will have to help out in digging the ditches for the reeds, and we will help with the walls,” she said.