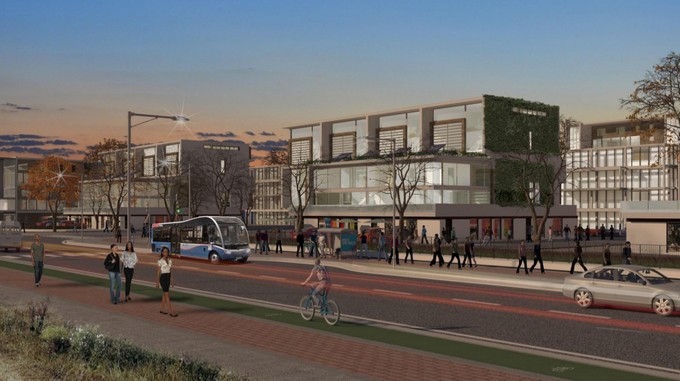 The Western Cape Provincial Executive has confirmed a decision to dispose of the old Conradie hospital site to Concor Construction and proceed with the R3-billion development, announced Premier Helen Zille on Wednesday.

The project, called the Conradie Better Living Model, is a public-private partnership. The development will include subsidised housing units, as well as affordable housing units located close to the Cape Town CBD for families who earn between R1,500 and R22,000 per month.

Construction will include 3,602 residential units of which 1,764 will be grant-funded, affordable units.

There have been objections to the size of the development by people living in the area.

Processes with the City of Cape Town, including the allocation of funding by the Urban Settlement Development Grants (USDG), need to take place before construction can begin. These processes are expected to be completed by the end of this year.

“At this stage we are hoping to hand over the site to the developer early in January [2019], but that is subject to the processes that the City concludes. … Once the property is handed over to the developer there is a design phase that starts off, and that design phase is for all the bulk infrastructure that will eventually be constructed,” said Mark Munro, the project manager of the Conradie Better Living project. “That will take the better part of nine months, so physical construction would ideally only start toward the end of 2019.”

Donald Grant, Western Cape Transport and Public Works MEC, said a signed agreement was made with PRASA to upgrade the Thornton and Old Mutual train stations.

Zille said, “Previously the government would focus on housing for people who are completely indigent. Now they are moving up the range to make housing more affordable as well for people who can afford to pay something, but not everything. And that is the category we are looking at in this particular development.”

Munro said that the Social Housing Act stipulates that no less than 30% of the social housing income band should be allocated to the lower portion of that band.

“The lower portion of that band … is between R1,500 and R5,500 per month. So essentially 30% of the total allocation [of units] must be allocated to that income bracket,” said Munro.

Western Cape Human Settlements MEC Bonginkosi Mandikizela explained that those who qualify for social housing will be considered on a “first come first serve” basis if they are situated within a 7km radius of the development.