Some of the most vulnerable could be left in the cold 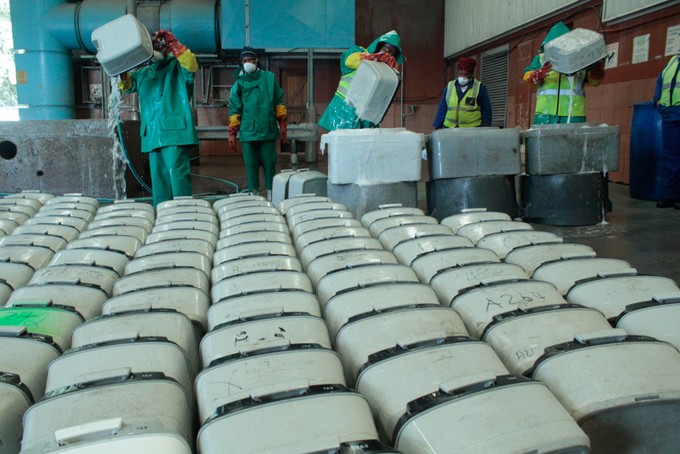 By Ruth Castel-Branco and Gilad Isaacs

A critical objective of minimum wages is to protect the most vulnerable workers. Instituting a national minimum wage – that covers all workers at a meaningful level – moves us closer towards achieving this.

The proposals by the Deputy President’s national minimum wage Advisory Panel last year are a step in the right direction. We have argued that the devil is in the detail and that the suggested two-year ‘transition period’ – during which no increases will be made to the proposed hourly wage of R20, and the national minimum wage will not be enforced – risks undermining gains for workers.

Of similar concern is whether the proposals adequately protect the most vulnerable workers.

The Panel has been criticised for proposing that the roughly 1.2 million domestic workers and 660,000 agricultural workers be included at lower levels (‘tiers’) for a period of up to two years. This would be an hourly wage of R15 for domestic workers (75% of the overall national minimum wage) and R18 for agricultural workers (90%); by the third year these sectors would be included at the normal level.

We believe this approach is sensible and gives these large ultra low-wage sectors more time to adjust while not disadvantaging these workers for an unduly long period. As long as they are strictly enforced, these levels would raise the wages of approximately 1.3 million workers, by around R7.5 per hour on average for agricultural workers and R6 for domestic workers.

More worrying is the wholesale exclusion of certain sectors, in particular the Expanded Public Works Programme (EPWP) and learnerships whose terms and conditions are regulated by Sectoral Determination 5. These are excluded despite the recurring emphasis on universal coverage (‘universality’) in the Panel’s report.

The exclusion of workers enrolled in learning programmes is based on the assumption that they are not workers but learners, and that their exclusion will incentivise employers to establish registered training programmes with a SETA.

However, learners often perform similar work to full-time employees. Their outright exclusion therefore undermines the principle of ‘equal pay for equal work’, may undercut the positions and pay of experienced workers, and does not guarantee learners a wage sufficient to meet their needs and those of their families, thus undermining the objectives of a national minimum wage.

Some countries, for example Portugal, have opted to cover learners and apprentices at a lower tier, increased progressively as workers gain qualifications and experience. The International Labour Organization argues such differentiation should only be considered for learners who receive structured training during working hours. Many countries, like Uruguay and Malaysia, cover apprentices and learners under the same national minimum wage as other qualified workers.

South Africa already offers an array of incentives to employers to defray the potential costs related to lower productivity of learners and to their training, such as grants administered by SETAs and tax incentives by SARS. There is therefore no rationale for the exclusion of learners or their inclusion in the national minimum wage system at lower wage tiers.

The EPWP employs over a million temporary workers. The current EPWP minimum wage level is R79 per day (under R9 per hour for a nine hour workday and approximately R1700 per month). The wages are lowest for non-profit, community and social-sector workers, most of whom are black women.

The exclusion of EPWP is cause for great concern although the report does acknowledge that further research is required regarding social-sector workers.

Of course we cannot ignore that the EPWP wage-rate has large fiscal implications and the immediate full inclusion of EPWP workers would see the cost of the employing the same number of workers double.

We have previously proposed that EPWP workers be included at a lower tier. Even if this tier involved only a modest increase for the lowest paid EPWP workers, this percentage could be gradually raised. This would also ensure that EPWP wages rise in tandem with the national minimum wage, avoiding stagnation in the EPWP wage level.

Another group in need of protection is part-time workers, as their limited number of hours does not guarantee a monthly income sufficient to live on. To achieve this, some sectoral wage determinations (for instance, domestic work and retail) currently have a higher hourly rate (a ‘premium’) for those working less than 27 hours. This also acts to deter casualisation. Some sectoral determinations also stipulate a minimum number of hours per day for which a worker must be paid. In the contract cleaning sector, employees must be paid for a minimum of six hours on a given day, even if they work less.

The Panel adopts the latter approach – proposing a minimum of four hours – and also requires that regulation should be in place to ensure no worker is worse off owing to a reduction in hours because of the new national minimum wage. These are welcome proposals. However, the report rejects a premium for part-time work on the grounds that it may deter new part-time employment, although it provides no evidence in support of this. The protection of part-time workers is thus reduced.

The Panel’s recommendations go a long way towards improving the lives of vulnerable workers. However, the exclusion of various sectors and insufficient protection for part-time work could see some of the most vulnerable workers left out in the cold.