Names drawn from a bucket for KZN roads work 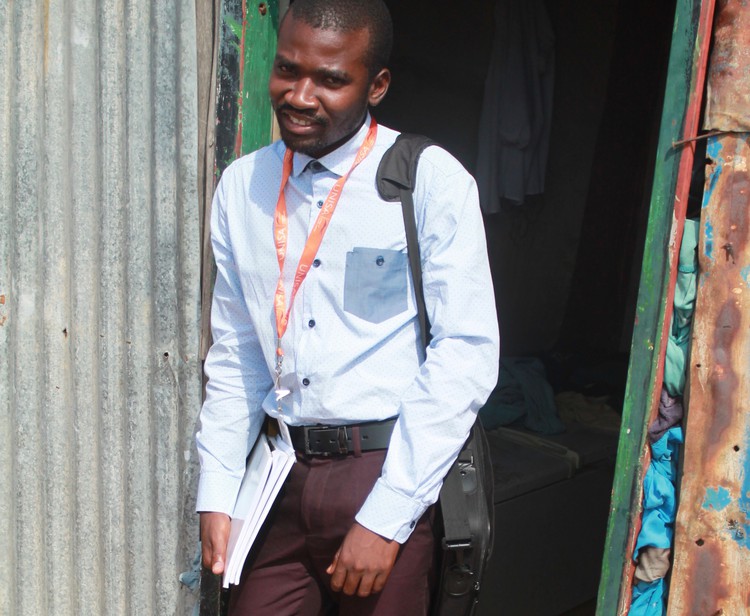 Siphesihle Simelane, a part-time student at UNISA, is one of those whose ID was drawn from a bucket, giving him road contract work in Osizweni. Photo: Sibusiso Mdlalose

Ward councillors in Osizweni in Newcastle resorted to pulling names out of a bucket on Monday to allocate jobs on a R2.3 billion road contract in the area.

About 150 residents gathered in a local school yard in Osizweni with their identity documents for the so-called ‘’finder finder’’ recruitment process for temporary road contract workers.

Ward councillor Vukile Kubheka watched over the process where residents’ identity documents were put into two buckets. Twenty-two IDs were pulled out – those of eleven men and eleven women – for work on the tar road managed by Umpisi Group, a Durban contractor.

This followed an outcry by residents at a recent meeting, accusing ward committee members of favouritism in allocating jobs. Forty-three of 65 workers had already been recruited.

“There is a high rate of unemployment in this township, so one has to understand the people’s concerns,” said Kubheka.

“So we have done the so-called ‘’finder finder’’ recruitment process, and we have met the target of the contractor.”

He said construction would take five months. The contract workers would earn R1,300 a month.

Siphesihle Simelane, 25, was one of those who got a contract. He comes from a family of 15 who all rely on social grants and since matriculating in 2012 has not had a regular job.

However, with help from his church, Simelane managed to register for a law degree at the University of South Africa (UNISA) last year and has secured a grant from the National Student Financial Aid Scheme.

He said the roads contract money would allow him to buy textbooks and “help at home where I can in these few months”.