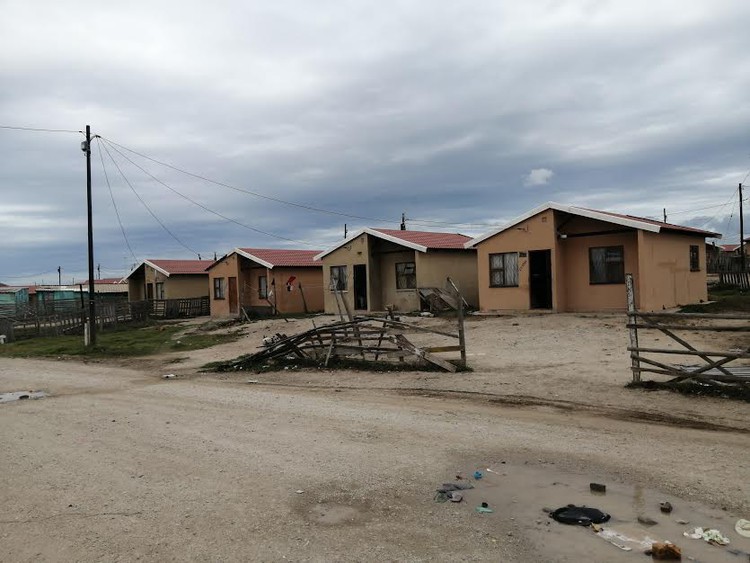 An audit of the Missionvale RDP housing project found that many of the houses are not occupied by the rightful beneficiaries. Photo: Mkhuseli Sizani

Nearly one in five houses in the Missionvale RDP project in Nelson Mandela Bay Municipality are occupied by someone who is not the rightful owner — and the municipality seems to be doing nothing about it.

The finding is from an audit in 2015 by Philip Masiza Attorneys — request by the municipality — of the roughly 2,000 houses built in 2012 and 2013. The firm questioned occupants of 867 houses and found that 164 houses were occupied by people who were not the rightful owners.

Yet, years after the audit, some of those who are entitled to the houses are still living in shacks.

The report did not analyse the causes of the problem or suggest solutions.

Former ward councillor Sandra Fillis (DA) blamed the mess on municipal human settlements officials who she accused of selling the houses to friends and family. “Also a certain section of the community was also involved in the selling of the houses. Hence we have strangers occupying many of these houses,” she said. “There are people who own three or five houses here. They rent them out to people who need accommodation.”

She said that she had reported the matter to the late Human Settlements Mayco member Buyisile Mkavu who was murdered in his car in KwaNobuhle in Uitenhage in 2014. Mkavu had ordered the audit report, she said, but it had not yet been tabled in Council.

Sixty-year-old Sizakele Tonisi said he had documents proving he was the owner of ERF number 29873. “After my house was finished in 2013, a housing official at the councillor’s office asked me to sign a happy letter. She also gave me the keys for my house. The official further said I must go and put the curtains in my house and start moving in. But when I got to my house I found another woman occupying it already.”

“I showed her the keys and my house documents. But a group of residents who were responsible for putting people in houses threatened and insulted me.” He said he had gone back to the housing official only to be told to forget about the house and go back to his shack while the municipality found a new RDP house for him. Since then he has lived in a shack.

“I am not the only one here who has been robbed of his house. But we are scared for our lives because some of the community members and officials are involved in selling the houses,” said Tonisi. “Even my ward councillor can’t help me. He always says I must not worry; they are dealing with my problem. But my question is when will I get my house that was approved and built in 2013? “

The current ward councillor, Luyolo Nombola (ANC) said: “I don’t want to comment because this matter is being handled by the municipal Human Settlements Department and its legal team.”

Masiza Mazizi, spokesperson for MEC for Human Settlements Nonkqubela Pieters, said 2,327 houses had been built at a cost of R147.9 million. “The municipality commissioned an investigation into alleged erroneous beneficiary allocation … It is believed that the investigation was completed some time back and it was due to be presented to Council. The outcome of the presentation to Council is still being awaited.”

He said the Department of Cooperative Government and Traditional Affairs (COGTA) had the power to force the municipality to table the report. But COGTA spokesperson Mamnkeli Ngam said, “We can only intervene when a complaint is lodged with us. It is only then that we can force the Council to table the report.”

Nelson Mandela Bay Municipal Mayco member for Human Settlements Andile Mfunda has not replied to GroundUp’s calls and messages since 5 December. Mthubanzi Mniki, municipal spokesman, said he had not received feedback from the municipal human settlements department ever since GroundUp sent enquiries to him in November.