Food vendors, car guards and surf shops back in business 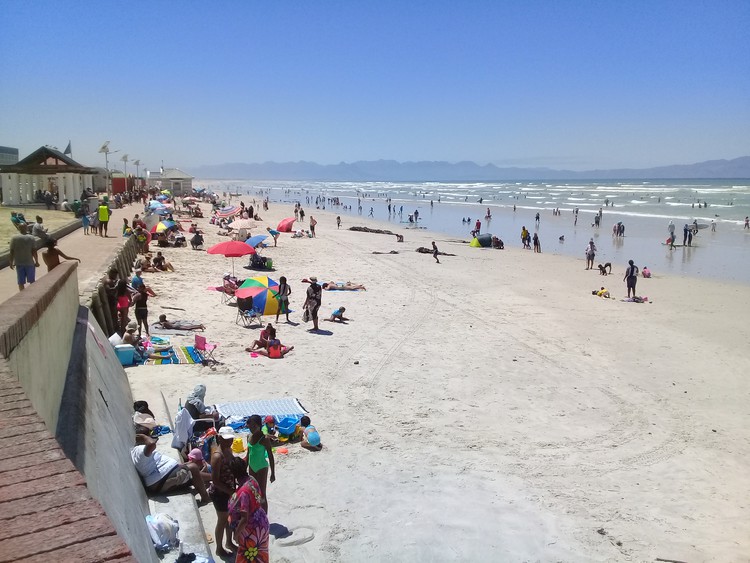 Vendors, car guards and shop owners at Muizenberg beach in Cape Town were happy to be back in business on Tuesday following the easing of lockdown restrictions by president Cyril Ramaphosa on Monday night.

Ramaphosa announced that beaches, dams, rivers, parks and public swimming pools would be open again after being closed for more than a month.

Car guard Melecia Wilkinson was on duty this morning.

She has worked as a car guard at Muizenberg beach for six years and the last month has been tough, she says. “As car guards, the beach is our bread and butter. If we stand here from 9am to 6pm we can go home with money. But to stand here from 9 in the morning to 6 at night and only get R16 was disastrous for me,” said Wilkinson.

“We’re just grateful that our bread and butter is back,” said Wilkinson.

Shuan Solomons, surfing and swimming instructor at the Local Surf Lounge Academy, said he and his students had arrived at 7am. The academy offers coaching, mentoring and surfing lessons for children in Vrygrond. “I’m very happy that the ban has been lifted so that we can finally start lessons on the beach again and sustain the project as well.”

“The kids were so excited when they got here this morning. We were supposed to have breakfast first, but they just ran without even eating,” he said.

David Chudleigh, owner of Surfshack surf school, said during the beach ban the shop had to close. “In the period where I’d make about 40% of my annual turnover, we were closed down.”

But since opening the shop at 8:30 am today they’ve already made many bookings for surfing lessons. “People can finally get back to surfing, and our instructors are finally going to be able to start earning some money after earning nothing,” he said.

Tich Paul, co-owner of Lifestyle Surf Shop, said the re-opening of beaches came as a blessing for a number of surf shops along Muizenberg beach that struggled financially during the beach ban.

“We’re ecstatic. Our turnover dropped by 80% during the ban and we were running at a loss all the time for that month. If the ban had stayed in effect until 15 February, a lot of shops would be in a lot of trouble. So it’s a blessing that it’s been lifted now,” he said.

Quinton Abrams, a vendor at The Pancake, said he had been preparing to bring in more stock. He arrived at 6am to set up the shop which mostly sells juices, coffee, and confectionery.

“The last time I saw this beach so full was before the festive season in December. Business has been really good since this morning. There have already been so many customers that I’ve lost count.”

Abrams said the shop had shortened its opening hours during the lockdown when the beach “was dead”. “Now that it’s open again we can extend our working hours.”

But he said, he hoped police and law enforcement would be present to ensure that beach-goers adhered to Covid-19 safety regulations. 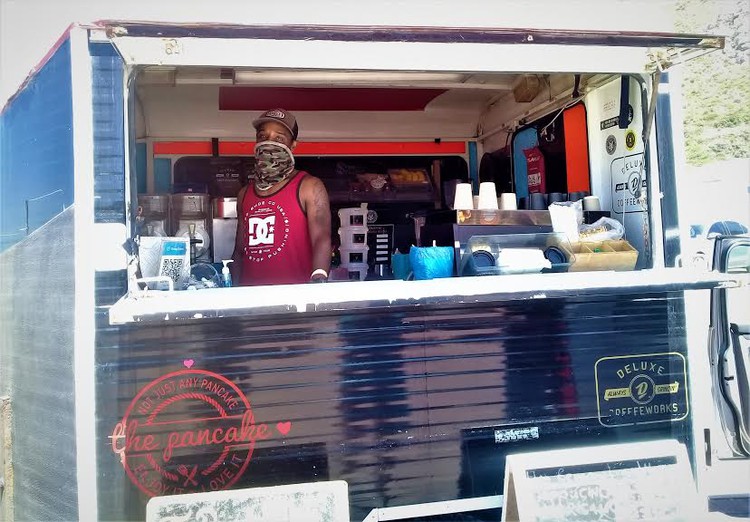