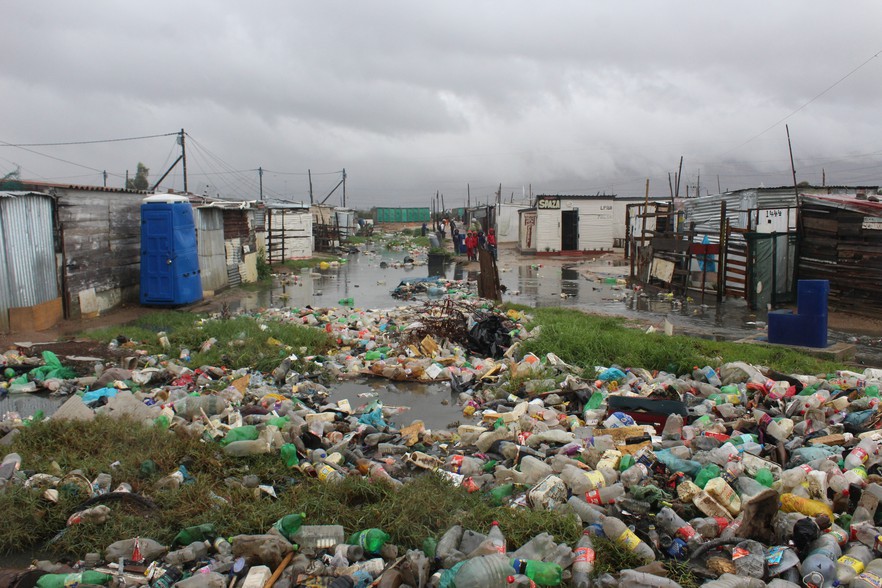 Flooded canals carry litter with them. This is in Pholile, Strand. Photo: Velani Ludidi

Nearly half the homes in Pholile in Strand were flooded on Monday after heavy rains hit Cape Town on Sunday night.

Community leader Mwezi Lugwayi said nearly half the area’s 1,300 houses were flooded. Many school children had to miss school.

Lugwayi said 600 sheets of plastic and some sand had been requested from the City of Cape Town’s Disaster Management department.

Some streets in Lwandle were also flooded.

Plastic rubbish from the Pholile canal spread through the area as the canal overflowed. There were children playing outside while it rained.

Tsholo Mbhaqula had to stay home from work. He and his ten-year-old son Asithandile were clearing water from their home when GroundUp visited. 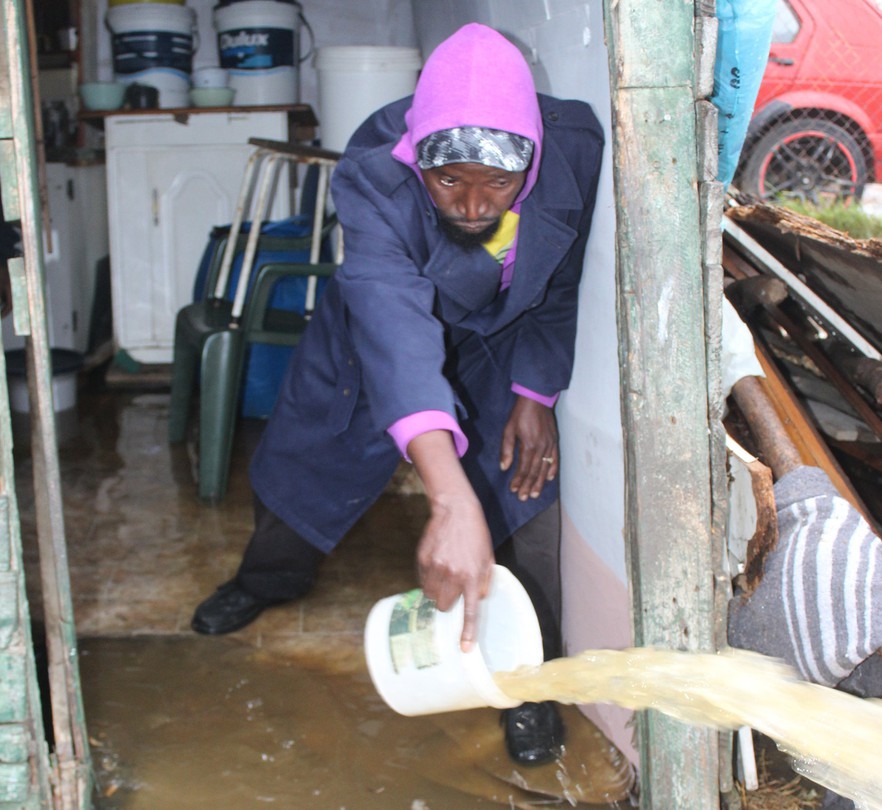 “I have been staying here since 2009 and I always experience this flooding,” he said.

Mbhaqula said his furniture had been damaged.

Asithandile said he could not go to school because of the flooding. “My dad woke up early in the morning and said I should put on my boots to help clear the water.”

Mayco Member for Safety and Security JP Smith said no major flooding incidents had been reported.

The rain is needed in Cape Town as dam levels are low. Dams supplying the City of Cape Town stand at 46%, fractionally up from last week, compared to 21.1% at the same time last year. The last time the dam levels were higher at this time of year was in 2015, when they were at 49.5%. 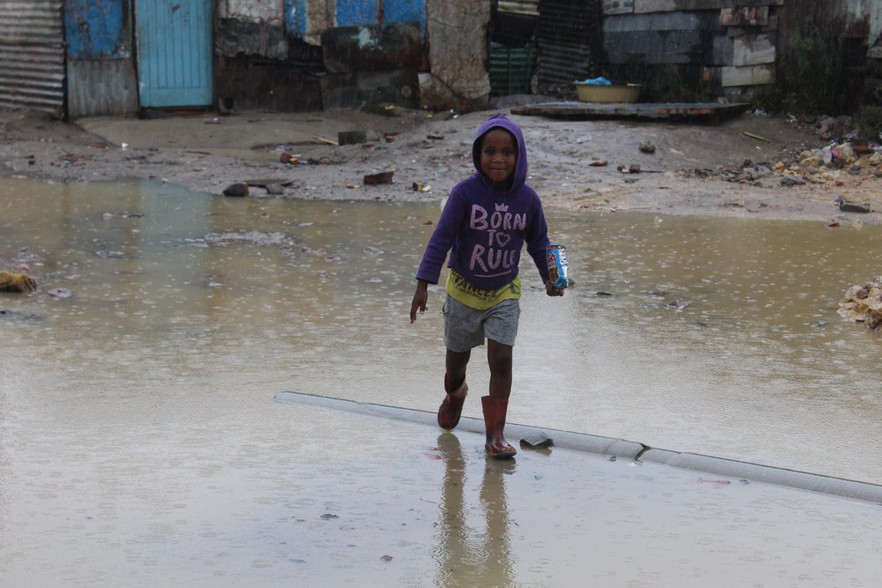 The rain brought a smile to the face of young Aphelele (photographed). Photo: Velani Ludidi