Minister says she’s consulting, but unions say it’s not with them 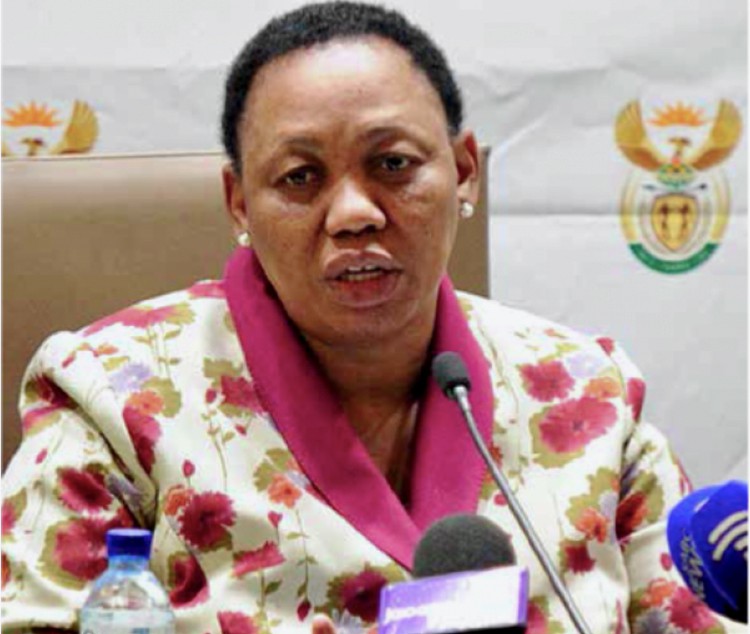 The National Professional Teachers’ Organisation of South Africa says Basic Education Minister Angie Motshekga cancelled a meeting on the re-opening of schools at the last minute. Photo from government website.

A meeting between teachers’ unions and Basic Education Minister Angie Motshekga about the call to close the school year, has been cancelled.

The meeting with unions including the National Professional Teachers’ Organisation of South Africa (NAPTOSA) and the SA Democratic Teachers’ Union (SADTU) was to have taken place on Wednesday morning.

On Tuesday evening, NAPTOSA released a statement saying its leadership had decided that the union “should call on the Minister, as unfortunate as it will be, to close schools, as per the advice of the World Health Organisation, until the peak of the pandemic has passed.”

“NAPTOSA is not calling for the abandonment of the school year. That would be as irresponsible as keeping schools open in the period lying ahead. We are calling for the closure coupled with a plan on how to take the school year to a close. A period of closure should not be wasted. NAPTOSA wishes to offer its assistance to the Minister, and the Department of Basic Education, to draft such a plan that will be ready for implementation, once it is evident that a stage has been reached in the flattening of the Covid-19 infection curve. Specific attention should be given to the issue of assessments and the position of our matriculants, and other grades, for whom it will be essential to complete the academic year,” NAPTOSA said.

This follows an earlier statement on 1 July, when NAPTOSA cautioned the Minister and her department on the return to school of the next cohort of learners.

NAPTOSA executive director Basil Manuel told GroundUp NAPTOSA was waiting for the meeting with the Minister, which had been cancelled “for some inexplicable reason”, to be rescheduled. “It is essential that we talk because this is a critical time, given that there are a number of unions that have now called for a relook at the return to school.”

Asked what reason the department had given for cancelling the meeting, Manuel said: “They simply said that the minister is busy consulting. We would like to believe that as the second largest teaching union, we would be part of consultations.” He said he had spoken to colleagues from other unions and they were saying they had not been consulted either. “So I don’t know who is being consulted but it is certainly not us”.

Attempts by GroundUp to get comment from the Department of Basic Education were unsuccessful.

But in a statement on Wednesday, the department said Motshekga would “engage in broad consultations with all stakeholders in the basic education sector … The purpose of the meetings will be to obtain input on the issue regarding the peak of the Covid-19 pandemic as it relates to schools …Schools remain open until further notice.

“We wish to clarify that the minister had no planned meeting with SADTU in particular but has made arrangements to meet with all key stakeholders that include school governing body associations and civil society that operate in the basic education sector.”

On Tuesday, after a special meeting with the council of education ministers, Motshekga’s office said the government decision to re-open schools “was to make sure that the unfettered right to basic education for all children is equitably provided.”

The statement also said that opposition by unions such as SADTU to the opening of schools had been noted, but a decision on school closures had to be taken by cabinet.

Meanwhile, principals and teachers will be holding pickets in various places on Thursday, in support of the call for the suspension of the school year.

Last month, a group of high school and primary school principals wrote to President Cyril Ramaphosa and all cabinet members, appealing to government to review its decision to reopen schools.

Concerned Principals Group member and principal of Heathfield High School, Wesley Neumann told GroundUp there had been no response to the letter. “We have collaborated with other progressive organisations and concerned groupings to have a picket tomorrow, to highlight that we are in support for the call of the suspension of the academic year and that the matric final examinations need to be pushed back until next year and schools should only open after the peak of infections.”

“Because of the regulations, we can’t do much, so we are just trying to create awareness,” said Neumann.