Parents have started patrolling the grounds to scare off vandals 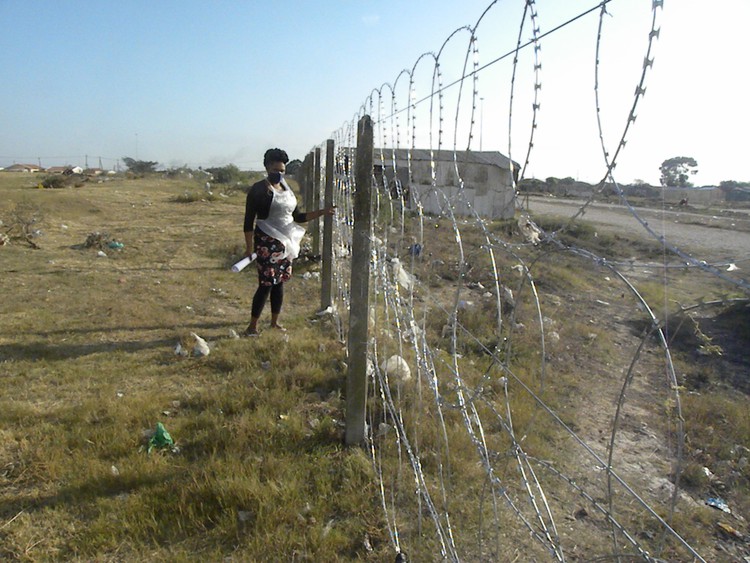 Learning has resumed at Melisizwe Primary School in Motherwell, Port Elizabeth, after the school erected a R95,000 fence in a bid to keep criminals and cattle off its grounds. Parents have also started doing daily patrols.

We visited Melisizwe in early June as it was one of the schools that did not open due to serious vandalism. A member of the School Governing Body told us that all of the pipes and taps were stolen during the lockdown and because part of their fence was stolen, cattle and goats were roaming in the school yard.

Last week, SGB member Nwabisa Baxa said they had to use the school’s funds to erect a razor wire fence around the school. She said they initially struggled to contact officials from the education department but noted that they were aware of the school’s challenges.

Baxa said learners were able to return to school on 15 June and the fencing was completed on 24 June. About 104 of 124 grade seven learners are attending classes. The school has not been able to trace the remaining 20 learners, she said.

“School officials and SGB members held a meeting in the first week of June with the local community to appeal for their assistance in curbing vandalism. Parents began holding patrols. I can confirm that there has not been a case of theft since that meeting,” she said.

Baxa said the school had to divert its budget from other projects to buy Jojo tanks. “We have one tank already and will get four more to ensure each block of classes has a tank. The problem will still be reconnecting water to the staff and children’s toilets,” said Baxa.

Several attempts to contact the Department of Education spokespeople during June were fruitless.

This story has been updated with the correct value of the school’s fence.