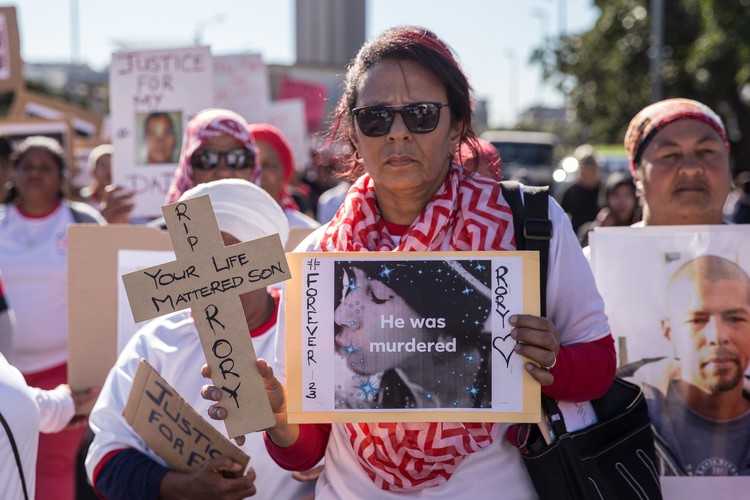 Lesley Wyngaard joined about 500 people in a march against gang violence. Wyngaard’s 23-year-old son was killed in 2015.

About 500 mothers and supporters whose children have been killed in gang violence and crime marched to Parliament on Thursday.

It is the fourth march by Moms Move for Justice (MMJ). The mothers waved placards that read: “Protect our children” and “How many more children must die before leadership owns up to their responsibilities towards the people”. Some of the marchers were visibly distraught, crying while singing and marching. 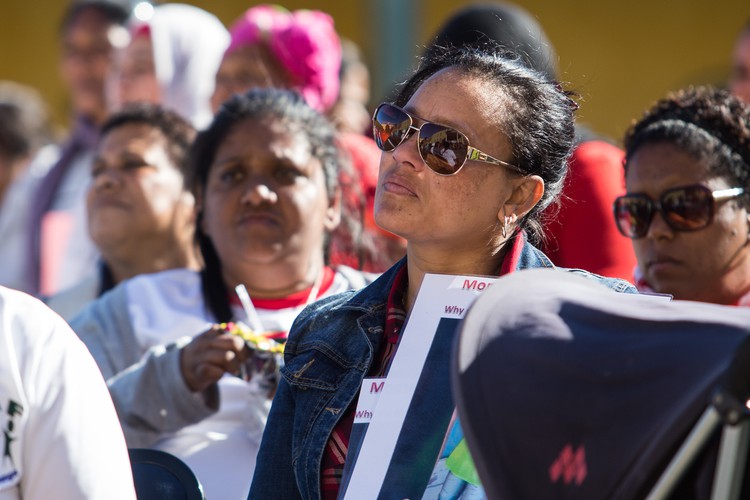 Tania Hendricks’s 14-year-old nephew was killed by a stray bullet in a gang shoot out in Mitchells Plain.

Holding a photograph of her nephew against her chest, Tania Hendricks, who could not hold back her tears when she spoke to GroundUp, said she had lost her nephew, Nathaniel Hendricks, last year after he was hit by a stray bullet in Eastridge, Mitchells Plain. He was 14.

“Nathaniel came to live with me … because he wanted to go to the same high school as his cousins. He was starting Grade 8,” she said. “It was not even 8pm and they [Nathaniel and his cousin] asked to go and buy airtime. I told them no, but they went anyway while I was busy … They [gangsters] started shooting … A bullet went through his head just two doors away from my house.”

Hendricks said the person allegedly responsible for killing Nathaniel had been arrested after he was identified by multiple eyewitnesses. He is now on trial. 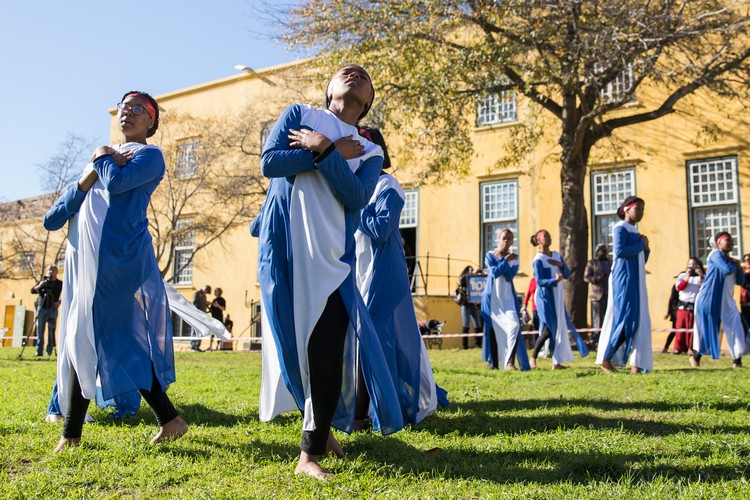 Youth dancers from the Alcardo Andrews Foundation performed at the start of the march at the Castle of Good Hope.

The march started with a vigil at the Castle of Good Hope, with prayers, testimonials and the lighting of candles. Mothers consoled each other. Most were dressed in red and white.

“We deal with cases like rape, torture, gangsterism, bullying, and violence … Some of the challenges that we face are funding and lack of infrastructure in the communities that we work in. We get some funding from the Department of Social Development, but it is not enough … We are lobbying for mobile mental health clinics, where we will be able to move into communities, pick up victims, do counselling and bring them back,” said Le Roux. 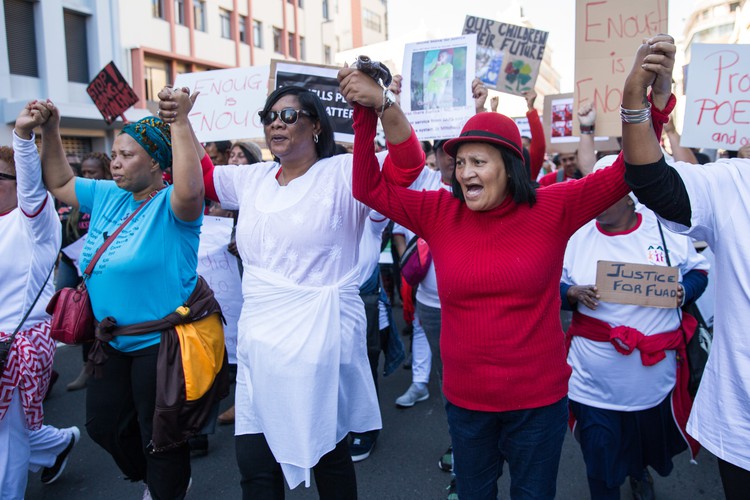 Valdi Van Reenen-Le Roux (in red), Executive Director of the Trauma Centre for Survivors of Violence and Torture, marched with hundreds of others to Parliament in order to hand over a memorandum of demands.

The protesters want mobile resources and additional resources and budget for social workers on the Cape Flats; more shelters for abused women; availability of magistrates and prosecutors for mothers at court to provide feedback on cases; explanation of court proceedings; reduction in court postponements; misplaced or lost case dockets to be retrieved or duplicated with detailed feedback provided to families; school safety for learners; SAPS detectives to commit to their cases; witness protection programmes; and a stop to the circulation of illegal guns.

The memorandums were accepted by Charles Ford, the regional head in the office of the Presidency, who said the MMJ would receive a response in four to six weeks.