“We are declaring a big war with the Department of Health,” says union 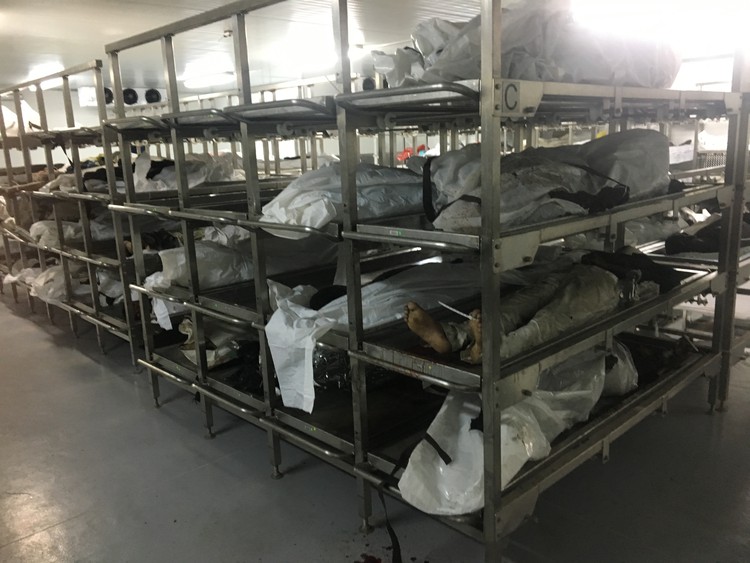 Judge warned workers at the Fort Napier Medico Legal Mortuary in Pietermaritzburg to return to work or risk re-arrest. Workers say conditions at the mortuary (pictured above) are poor. Photo: Nompendulo Ngubane (archive from 20 November)

Seventeen employees of the Fort Napier Medico Legal Mortuary in Pietermaritzburg, who were arrested on Monday, were released with a warning on Tuesday. They were arrested after the Department of Health issued an ultimatum to workers to return to work or face arrest.

The Fort Napier workers had been on a go-slow since November. They have been demanding a wage increase, back pay and better working conditions.

“The 17 employees were released on Tuesday and given a strong warning by Labour Court Judge Witcher, and given a warning to either return to work, or risk getting re-arrested and expelled. The case was adjourned to 8 February 2019, on condition that they return to work and begin to function optimally,” said Mafunda.

“The department wishes to once again apologise to the public for delays that have been experienced regarding to the completion of autopsies, due to the ongoing go-slow by staff at five of its medical legal mortuaries.”

Ndunakazi said all the workers from Fort Napier had returned to work.

“Currently, we are conducting meetings with the workers about the way forward on the matter. This is not over. We are declaring a big war with the Department of Health. We will continue supporting the workers until their issues are resolved and attended to,” said Ndunakazi.

Employee Joshua Simelane, who is Nehawu chairperson in the Harry Gwala region, told GroundUp that the workers were back at work in Fort Napier.

A worker told GroundUp that working conditions were poor at the facility. “Our chairperson is busy compiling a report to the union about the current situation. There are green flies in the reception area. The air-conditioners are not working. One fridge is not working; it has created a smell. We don’t know what happened to it.”

The worker said some bodies had been removed from the mortuary by the department of health. “Families do not know where to look … They come to us and we have no answers,” said the worker.