Of the 69 arrested in housing protests, 39 are now out of custody 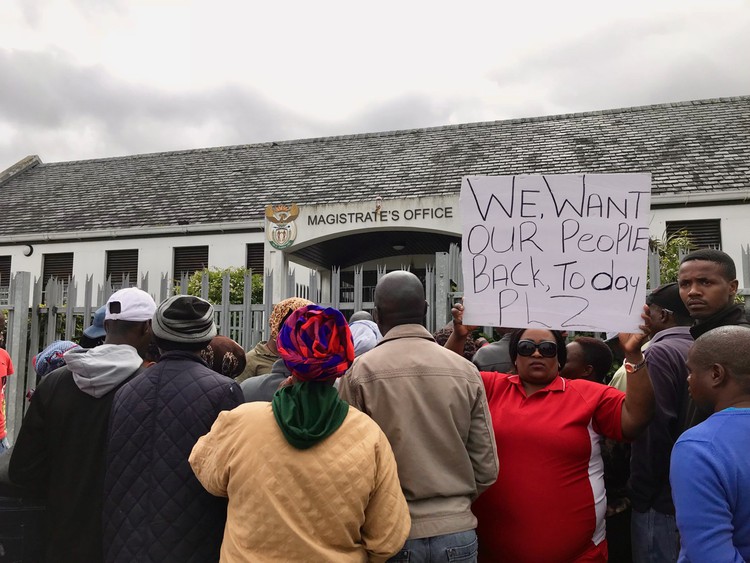 Another 17 people arrested during recent housing protests were released on bail in Hermanus on Wednesday, according to community leader Sicelo Gxamesi. One paid bail of R500; the other 16 paid R300 each.

Another 20 people will appear in court on Thursday and 10 more on 25 April.

They have been in custody since late March when 69 people were arrested for looting, public violence, and property damage during protests over a controversial land deal in Hermanus.

On Tuesday, nine protesters were released on bail of R300 each.

Last week, seven of the arrested community members were released on bail and charges were dropped against six others.

Hundreds of community members marched from Zwelihle to the Magistrate’s Court in Hermanus to show their support and demand the release of protesters on 11 April.