Month’s end at IPID: A time for “killing files”? 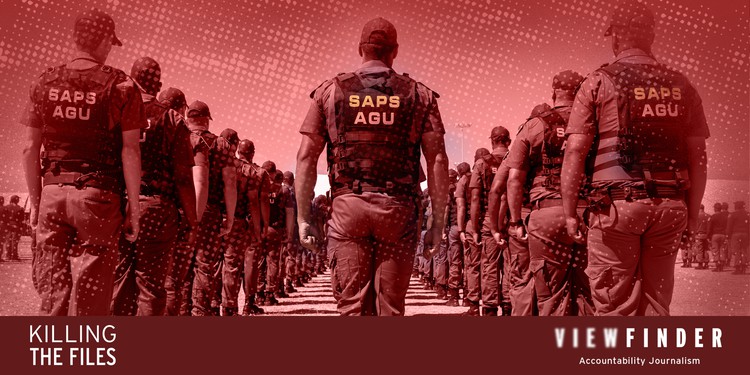 By Daneel Knoetze and Laura Grant

At South Africa’s police watchdog, criminal cases against police officers are often “completed” in big pushes at the end of calendar months and reporting years, a data analysis by Media Hack has shown.

This pattern adds weight to 2014 whistle-blower reports, from the Northern Cape provincial office of the Independent Police Investigative Directorate (IPID), that case completion was driven by the pressure to generate performance statistics, and not by the natural progressions and outcomes of individual investigations.

“There is pressure to ‘shortcut’ investigations in order to make targets for monthly reporting to National Office,” Northern Cape investigators were cited as saying in a site visit report of 2014. “Investigators reported that in the haste to make targets, all work stops at the end of the month and the objective is to ‘complete cases’.”

IPID’s performance is partly measured by the number of cases it “completes” in a year. Technically, “completion” means a quality investigation was done. But, other whistle-blower reports described in Viewfinder’s launch article allege that many such cases – including allegations of rape, torture and killings by police officers – were not properly investigated, and pushed to “completed” status to generate performance statistics.

IPID’s Strategic Plan requires that it generates monthly, quarterly and yearly statistical reports on how many cases it completes. The deadlines for completion statistics to be included in these reports are the last days of the month, quarter and reporting year respectively. These statistics are finally compiled into the IPID annual report. Annual reports are then presented to Parliament’s Portfolio Committee on Policing around October each year, where IPID’s overall “performance” for the year is assessed.

IPID’s statistics are sourced from its “Master Registers”, which contain spreadsheets that record dates and other details captured when cases are completed.

Media Hack, on behalf of Viewfinder, analysed IPID’s “completion” registers for six recent reporting years: 2012/13 to 2017/18. Media Hack extracted the 100 days on which the most case completions occurred (see chart).

No fewer than 95 of these 100 days fell on one of the last few days of calendar months. Furthermore, 54 of the 71 months analysed had the most completions on the last working day of a calendar month. There were even times when staff worked at weekends to log completed cases on the case management system.

IPID issued a statement responding to whistle-blower reports broadcast in a Viewfinder documentary aired on Checkpoint (eNCA) last week. These whistle- blower reports, from 2014 and 2016, alleged that cases were prematurely completed to inflate performance statistics at IPID. Spokesman Sontaga Seisa said that the allegations were “untested” and that the safeguards of “quality control”, “standard operating procedures” and “monitoring” by management ensured that cases were not prematurely completed.