“This intervention was long overdue. We will now walk safer around campus,” says student 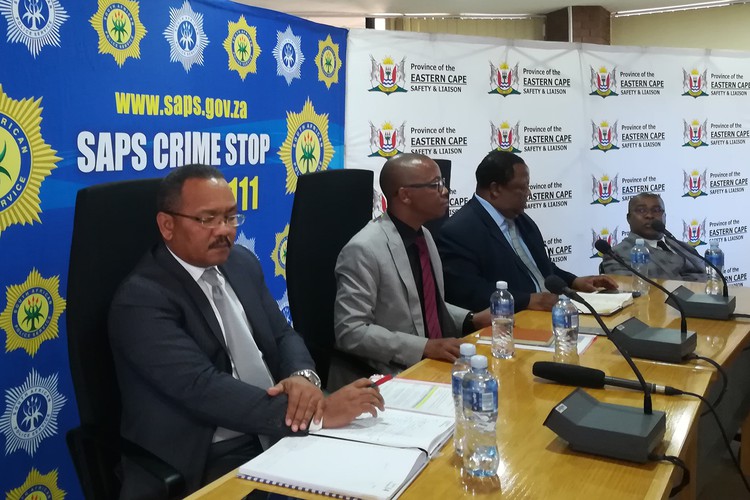 A mobile police station will soon come to Walter Sisulu University’s Mthatha campus. This was promised by the Deputy Minister of Police Bongani Mkongi.

His announcement was made during a meeting with the university’s Vice-Chancellor, Geoffrey Mahlomaholo, student organisations and unions at the Mthatha campus on Friday afternoon.

Mkongi referred to “cries from the institution’s stakeholders about the level of crime on this campus”.

Last year a final year medical student was stabbed to death in his residential room by other medical students. This year several rape cases, believed to have been committed on the premises of the university have been reported to the police.

“We are intervening because we are told there is lawlessness here, where people are just selling drugs and drinking with heavy weaponry hidden in res rooms,” Mkongi said. He said an integrated plan to ensure student safety is a priority.

“We will increase police visibility here with a mobile police station to reduce crime and we will conduct random raids. We will also source police from other areas if needs be, because we are not going to allow an institution to have heavy weapons like guns and pangas.”

“I’ve established a task team that is going to monitor the implementation and the design of this intervention,” he said.

Mahlomaholo welcomed the intervention. “The minister’s strategy is practical and he has given us food for thought. We appreciate his commitment to make this institution safer,” he said.

SRC President Mxolisi Zoko said, “We are happy to have sat with the minister to take decisions. We were worried this meeting would be a talk show. We hope students will cooperate because, truly, campus security needs help.”

Xolile Ndovela, a student on campus, said, “This intervention was long overdue. We will now walk safer around campus. This campus is especially dangerous for female students. It’s a relief.”