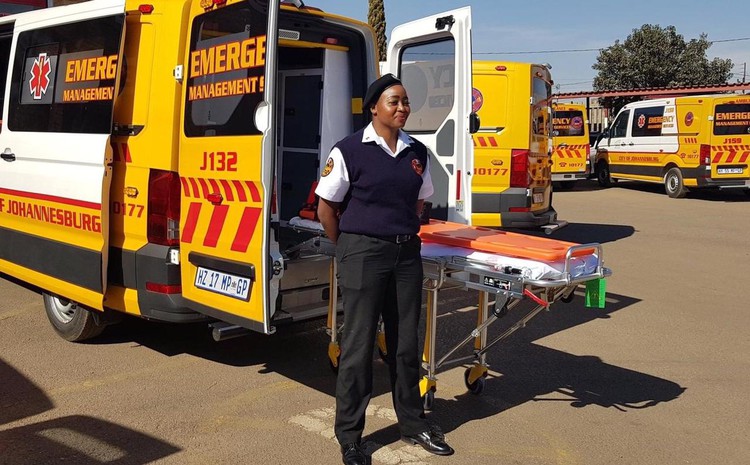 The Gauteng government has been taking over the provision of ambulance services from metros. The City of Johannesburg and Ekurhuleni have handed over their ambulance fleets. Photo: Supplied

The City of Johannesburg’s fleet of ambulances has decreased from 100 to 40 since the province began taking over ambulance last year. And as Gauteng battles in the midst of a third wave of Covid-19 infections, the remaining ambulances were suspended two weeks ago, causing more strain on the service.

The remaining 40 were suspended because the City cannot provide ambulance services without a licence to operate, said spokesperson of the City’s Emergency Management Services, Robert Mulaudzi. Part of the provincialisation process requires municipalities to apply for a separate licence, should they wish to continue providing ambulance services alongside the provincial government, he said.

While the City of Johannesburg and Ekurhuleni have handed over their ambulance fleets to the Gauteng government, the City of Tshwane was granted a temporary licence and has continued with emergency medical service delivery, said Tshwane’s acting chief of emergency services, Moshema Mosia. “The City is using its own ambulance fleet, personnel and budget. This service is supplementary and complementary to the provincial ambulance service,” said Mosia.

The Gauteng Department of Health has received mixed reactions to it taking over ambulance services. While the South African Emergency Personnel’s Union (SAEPU) has welcomed the move, the Democratic Alliance and the City of Tshwane have asked that capable municipalities be allowed to continue providing the service.

Mpho Mpogeng, president of SAEPU said, “The challenging part is the issue of salaries. You often find that metropolitan municipalities pay better than the government. Emergency service personnel are also not paid the same amount by different municipalities. We are fighting to ensure that all emergency service personnel earn enough money to sustain themselves and their families.”

“We currently have 878 operational ambulances, of which an average of 320 are rostered daily,” said Modiba.

According to Gauteng health spokesperson Kwara Kekana, 231 ambulances are operational in Tswane, 216 in Johannesburg, 128 in Ekurhuleni, 128 in Sedibeng and 175 in the West Rand.

However, Democratic Alliance Gauteng Shadow Health MEC, Jack Bloom, said this did not match experiences on the ground.

“There is some merit in provincialisation, other provinces have provincialised but it needs to be done efficiently and cautiously,” Bloom said. “I have received complaints from people in Johannesburg who called a provincial ambulance and it didn’t arrive. Someone I spoke to recently said they waited six hours for the ambulance to arrive.”

City of Ekurhuleni spokesperson Zweli Dlamini said they had also received some complaints about the response time but “this seems to have subsided lately”.

The Gauteng health department, however, refuted these claims, saying it has enough ambulances to service the province and ensure reasonable arrival times.

According to Karen Meyer, Mayco Member for Community Safety and Emergency Services in Tshwane, “The City proposed that all municipalities within Gauteng that are capable of rendering such a service on their own budget must receive an extension of the temporary licence until the end of January next year (2022).”

Tshwane’s temporary licence will last until 11 December 2021. Meyer said the City had applied for a permanent licence to provide the ambulance service, and was waiting for the licence to be granted.