Housing should be the priority, say some residents as sports field occupied 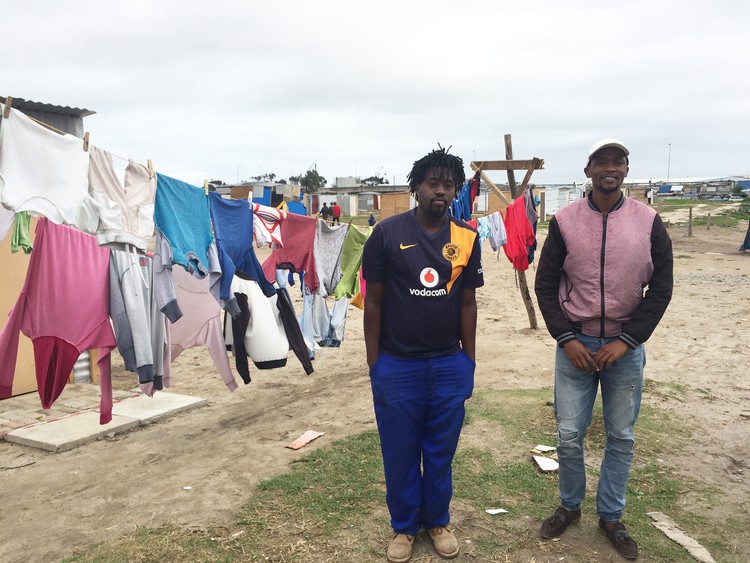 The R42 million plan to upgrade the Dunoon taxi rank has been welcomed by taxi owners. But some residents want the City of Cape Town to prioritise housing in the township, which has been marked by land occupations and protests for several months.

On 20 May, Mayoral Committee Member for Transport and Urban Development Brett Herron announced that in the next two months the City would spend more than R42 million upgrading the Dunoon taxi rank into a state-of-the-art transport interchange.

Herron also said the City had bought vacant land on the other side of the N7 highway where it planned to build low cost housing for eligible Dunoon residents. There would also be retail sites and light industry, he said.

The taxi rank upgrade is to start in the next two months.

The R42 million upgrade of the Dunoon taxi rank has been welcomed by taxi owners. Graphic supplied

Herron’s announcement comes as the City has been battling backyarders and residents from overcrowded informal settlements in Dunoon who have been occupying a municipal sports field.

The backyarders were kicked out when owners of the houses sold them to entrepreneurs who have been upgrading the homes.

Some of the people that have occupied the sports field are from Siyahlala informal settlement near Transnet Freight Railway line. They were living in squalid overcrowded conditions and some had been threatened with eviction.

Former Siyahlala resident, Mabhuti Tshitiza, said like several others at the informal settlement, his shack was marked for demolition without alternative accommodation being provided.

“So I joined the struggle to secure a plot and build my shack at the sports field. This is a struggle of backyard dwellers and people living in overcrowded shack settlements,” said Tshitiza.

Former backyard dweller Thembelani Ndabezimbi, who has also built his shack on the sports field, said about 80 shacks had been built on the field.

The occupation of the field started in February. The City’s Anti Land Invasion Unit responded by demolishing the shacks, only for residents to put them up again. Pockets of conflict erupted in the township each time the ALIU carried out the shack demolitions. Two MyCiTi bus stations were set ablaze early in February. In April, trucks were looted and set alight. Protesters hurled stones at MyCiTi buses and burned tyres in the road.

Dunoon resident Kwanele Jezile said the City should build houses instead of a taxi rank.

“Taxi rank? It’s not a priority. Housing is the main issue,” said Jezile.

But Desmond Nobuntu, spokesperson for the Dunoon Taxi Association, said: “We are very excited. Our commuters don’t have a shelter at the rank. The upgrade is long overdue.”

On Saturday, 26 May, Mayor Patricia De Lille told scores of Dunoon residents at the municipal hall that they should not invade the land. She said the City had fulfilled its promise to buy more land for housing. “We will work as quickly as possible to develop it,” said De Lille.