Some residents don’t want affordable housing in the area, but activists support it 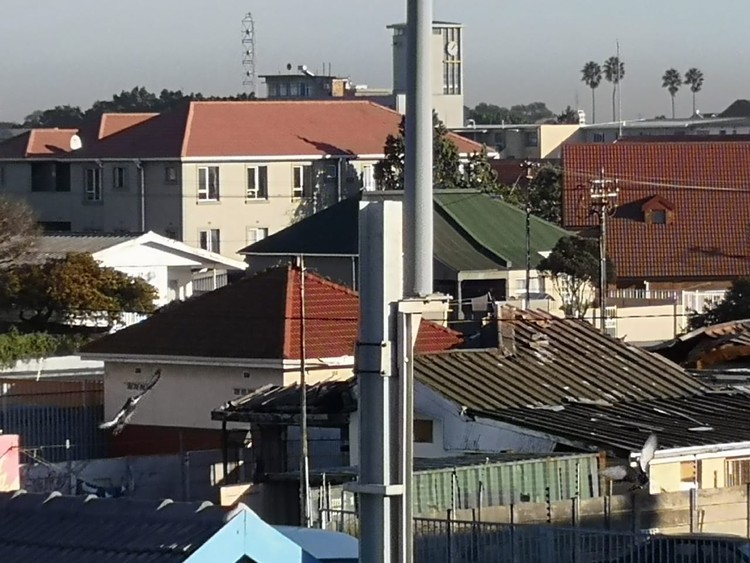 The City of Cape Town has published proposals to open up the Parow Station Precinct for new development. Photo: Tariro Washinyira

Proposals by the City of Cape Town to open up the Parow Station Precinct for new developments have been met with mixed reactions in the area.

The City has proposed an exemption of the Precinct from protections under the National Heritage Resources Act. This would allow owners to alter, improve and demolish buildings that are older than 60 years, and to consolidate properties without going through provincial heritage processes.

The Parow Station Precinct is adjacent to the Parow Station and bounded by Voortrekker Road, Tygervalley Street, Cloete and Picton Streets. “This area is in serious need of urban regeneration and investment,” the City said in a statement on 27 May.

The City said the proposal would improve the likelihood of the development of affordable housing in the area.

The Mayco Member for Spatial Planning and Environment, Marian Nieuwoudt, said the proposal would make authorisations faster and cheaper “which will improve the financial viability of development in the Parow Station Precinct.”

“This precinct is ideally located to stimulate growth and to create more inclusive communities with access to improved services, job opportunities, and affordable housing and public transport,” she said.

But some Parow property owners said building more affordable houses in Parow would be a bad idea. They said the authorities should rather focus on fighting crimes such as drug dealing, muggings, hijacking and house robberies.

Gano Meintjies said, “Police in Parow are invisible. How are the police going to deal with additional people from affordable housing when they are failing to protect us?”

Police spokesperson Noloyiso Rwexana said police were deployed daily in the area and several arrests were made during regular patrols. She did not want to comment on the crime rate in Parow.

Crime Stats SA shows that in 2018 ten murders were committed in Parow. A total of 5,688 serious crimes, like murder, attempted murder and car hijacking, were reported; 1,313 drug-related crimes; 576 burglaries at residential properties; 30 rape cases and 11 cases of illegal possession of firearms.

Hwashaya said it was wrong for the City to talk about affordable housing without talking about building more public infrastructure such as clinics and schools.

She said affordable housing would lead to the devaluation of properties and would “be an eyesore”. “It’s unfair to property owners because City has recently evaluated properties and rates went up.”

Meintjies, who lives next to the Parow train station, said it would be a pity to lose more of Parow’s history.

“We have lost a lot of our history already and it doesn’t make any sense to wipe what we still have. The future generation will learn from the little heritage preserved,” he said.

He said that he would support a minor upgrade but not the complete demolition of the old buildings, and that open space was more important than tall buildings.

But Karen Hendricks who is with the housing movement, Reclaim the City, disagrees. Hendricks said that Parow is well-suited for social housing. It is located close to public transport, on the travelling route to the city.

“Working class people would benefit, without burdening the available infrastructure, because, for instance, Parow is close to both big hospitals, Tygerberg and Karl Bremer,” she said.

Hendricks said that the City has until now failed in its obligation to build affordable housing in well-located areas. She further said that due to gentrification, poor people are being displaced from these areas. She accused all levels of government of dragging their feet when it comes to “reversing spatial apartheid”.