Notice to protest not in conflict with constitutional rights, argues Minister of Police 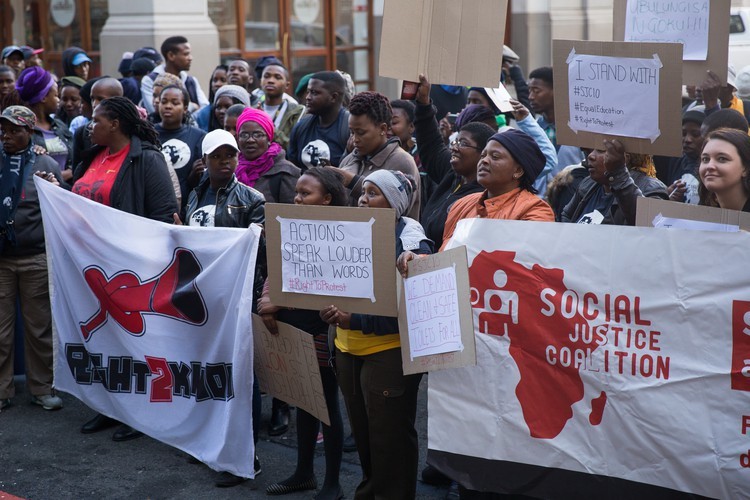 On Wednesday in the Western Cape High Court, the Social Justice Coalition (SJC) argued that the Regulation of Gatherings Act was being used to criminalise the democratic right to protest.

On Thursday, it was the turn of the Minister of Police, represented by Advocate Karrisha Pillay, who is opposing the application by the SJC.

Pillay said that the purpose of giving a notice of intention to protest was to ensure that proper planning is done, that gatherings are managed in an orderly manner with minimal disruption, and that any risk of violence is mitigated to the greatest possible extent. It also allows for the proper deployment of police resources.

“As a point of departure … the requirement of notice in terms of section 3 of the Gatherings Act does not result in an infringement of the rights protected by section 17 of the Constitution,” said an affidavit filed on behalf of the minister.

“The notice provision is not about whether the gathering is peaceful or not, it is also the level of disruption that may be caused,” said Pillay.

She said, “None of the parties raised issues before this court with the notice… They all accept … that it serves a legitimate government purpose. The question is whether it criminalises non-compliance in order to deter un-notified gatherings.”

Pillay said there was a higher propensity for violence in cases where no notice was given. But Judge Thandazwa Nditha said, “Before us there is no data that shows us that in this instance where there were no marshals, there was violence. We only have an opinion that there is propensity [for violence].”

Pillay compared the criminalisation of protests to that of driving above the speed limit, mentioning the risk that it poses to the public. But Nditha interrupted: “For me pursuing a constitutional right to be heard cannot be compared to driving. I say this taking into account the history of our country. For people to say that I have the right to be heard can never compare to I have [right] to drive my car.”