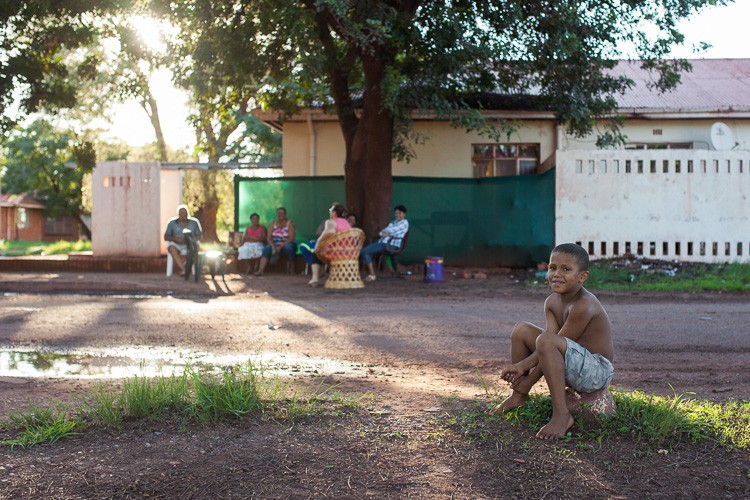 Some Dingleton residents who are refusing to relocate on Kumba’s terms. Photo: Ashraf Hendricks

Kumba Iron Ore representatives are expected to enter into mediation talks with the Dingleton community this week in a bid to resolve a dispute over land in the area. Kumba wants to relocate the entire town of Dingleton to a town 25km away. Only 25 families remain and are refusing to move on Kumba’s terms.

“We are hoping the mediation will assist us in the interpretation of the International Finance Corporate Guidelines. These are the guidelines that Kumba must comply to,” says Richard Spoor, an attorney representing some Dingleton residents. Kumba has denied this claim.

Kumba says the residents disrupted the process of rehabilitation of a site near a railway where blue asbestos was spilled years ago. The company needs to rehabilitate the site in order to expand its Sishen iron ore mine near Dingleton.

Spoor told GroundUp that a court case that was lodged against Dingleton residents in February by Kumba was ongoing. He says the matter “was likely” to be resolved soon.

Kumba is demanding over R1.6 million from residents who refused to relocate. The mining company says residents are “disrupting the process of rehabilitating” a site near the railway where blue asbestos was spilled years ago.

“The case will be stayed [meaning further legal procedures will halt] pending the outcome of the mediation process,” says Spoor. “The conditions in Dingleton are intolerable,” says Spoor. “We’d like to reach an agreement of terms of the resettlement of residents.”

He says the mediation would be facilitated by human rights attorney Brian Currin.