Workers battle to get UIF paid out 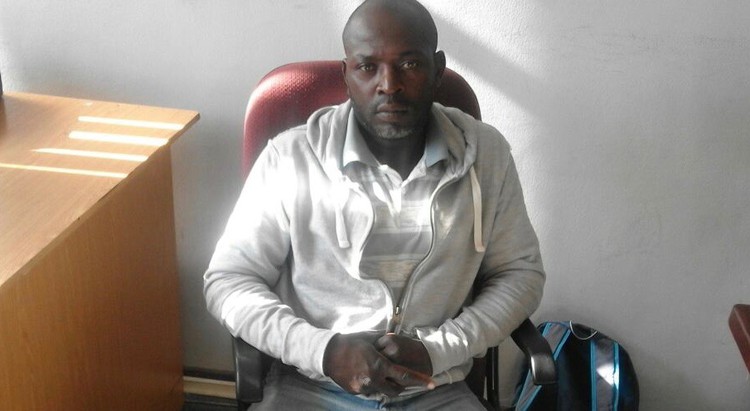 Two men have been struggling to get their unemployment insurance (UIF) pay since October 2017. They say their employer refused to help them or to sign their forms.

When an employee leaves a company — no matter what the reason — the company by law must give the person a certificate of service.

Initially, the company did not respond to GroundUp’s email inquiry. Sadziwa gave GroundUp a mobile number for the “manager”. She said, “The matter is with CCMA. I have no comment. The guys should go to the CCMA.”

A CCMA hearing scheduled for last Friday was postponed.

In an email response to GroundUp, someone, who only gave her first name as Jenny, wrote: “I was the accountant”. According to Jenny, the company, Tentickle Hiring Services, closed down and it still has creditors it owes.

Sadziwa and Hativagoni were completely unaware of this. The website for Tentickle is up and running and appears to be open for business, hiring and selling tents.

Jenny wrote: “Tentickle Hiring Services never refused to give the workers UIF forms, those issues were handled by Tentickle’s labour consultants. You are welcome to contact Job Law and speak to Andrew Kemm who dealt with this case.”

Kemm refused to comment and said the case was at the CCMA.

Ivan Polson, an inspector at Department of Labour, said Sadziwa and Hativagoni were entitled to UIF even if the company had failed. He said it should take four weeks for the first payment to be made. He said the two men should lay a complaint at the Bellville labour centre and officials would take the forms to the employer for signature.

The two men, who are Zimbabwean, were given a “permanent ad hoc contract of employment” with their names on it, but the contracts were never signed by either the employer or the employees. “I just was happy that I had secured employment so was not worried about other matters,” says Hativagoni.

He says all they were requesting was that the company should sign their UIF forms. Hativagoni’s March 2017 payslip reflects a R114.56 deduction for UIF.

Both men are legally in South Africa on the Zimbabwe Special Permit (ZSP) and awaiting the Zimbabwe Exemption Permit Visa.

“Life has been difficult for me and my three children. My five-year-old is supposed to be in grade R, but I can not afford to pay the fees,” says Hativagoni.

“My rent is R3,500 and school fees for two children are R1,200 per month. I am failing to meet that every month. I have to borrow from friends and it is now an ongoing process,” says Sadziwa.