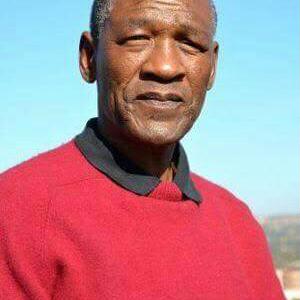 Nkosi Molala died on 4 September. He was a mentor to the author.

In a world in which neoliberalism is dominant, to be a committed and principled democratic socialist one has to constantly swim against the ideological tide, dealing daily with poverty, unemployment, exploitation and oppression.

Nkosi Molala was a person who did this. He died on 4 September at the age of 64.

I became very close to him when we left Azapo because of the lack of democracy in that organisation. At the time the president of the organisation was appointed deputy-minister of education in the Thabo Mbeki regime. We were together at Moretele Park during the Azapo congress. We were assaulted and there were attempts on our lives. I remember how at 3am one morning Molala was awake and crying. He said he had never imagined in his life that democracy would be killed in Azapo.

Molala became a mentor to me and others. He was a patron of the Unemployed People’s Movement. When I lost work in Cape Town, he paid my rent for a year in advance. I would call him in the evenings to get political advice.

He had the sharpest intellect and a disarming humility. In a time where people were rushing for money and power, where lies and slander were becoming the weapons of the sectarians in the left, he was a truly principled cadre of our movement and struggle.

He paid the price for his convictions. He served time in Robben Island. He lost an eye after being hit by a teargas cannister. He defended his noble movement during a feud with the ruling party. He turned down the offer to be the Director General of Foreign Affairs of a government that pursues policies that are anti-poor.

He was not dogmatic or sectarian. Although his whole life was spent in the Black Consciousness movement, he attended the founding conference of the Democratic Left Front (DLF) because he believed that we needed a left anti-capitalist platform that would unite our struggles and fight back. In his own words he said this was long overdue. The DLF did not succeed for various reasons. But he was one of those who really tried to make it work.

As he was dying of leukemia and going blind Frantz Fanon wrote that the struggle continues. The same leukemia has taken Comrade Nkosi Molala from us. We commit ourselves and echo the words of Frantz Fanon that the struggle continues! We shall continue to swim against the tide, the vicious system of capitalism that is dragging humanity to its grave.

Comrade Nkosi Molala was an inspiration to everyone who knew him. He was an upright man in rotten times. At the time of his passing he was the Deputy President of the Black Consciousness Party (BCP). He was still pursuing the unity of the black consciousness movement before he died. He leaves behind two children, one a doctor and the other a lawyer.

The left is on the backfoot in South Africa and around the world. Here the United Front did not succeed and the DA was the major beneficiary of the popular refusal to vote for Zuma. In Greece, Venezuela and Brazil the left has suffered major defeats. To usher in a socialist society requires much more than sloganeering. It requires deeds as well as words. Workers and the poor need to be organised into powerful movements. This is not a simple task. It requires a rare quality - undying love for humanity and preparedness to die for this noble idea.

Karl Marx wrote “History calls those men the greatest who have ennobled themselves by working for the common good; experience acclaims as happiest the man who has made the greatest number of people happy.” Nkosi Molala was such a man.

Koto is the head of the Unemployed People’s Movement.