Former receptionist employs five people in her own business 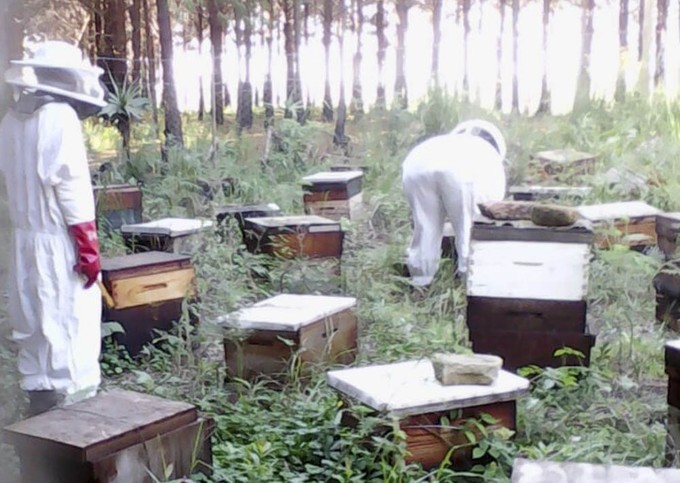 A lack of jobs in the Eastern Cape led Thoko Njemla, 51, to take up beekeeping 15 years ago. Today she employs five people from her village and harvests tonnes of honey every year.

Njemla lives in a small village called Ndungwana just few kilometres from Mthatha. She left her receptionist job in Johannesburg in 1999 to go back to the Eastern Cape, but battled to find work.

“I tried to find another job in Mthatha but I didn’t have any luck,” she said.

With her mother, a nephew and her two children to take care of, Njemla was glad of the opportunity to learn beekeeping in a course run by the Agricultural Research Council, funded by the Departments of Science and Technology and Social Development, in Ndungwana. Of the 30 people who started the course, she says she was the only one who completed it.

She now makes 2.5 tonnes of honey a year and she hopes to raise that to ten tonnes. She sells a 50g jar for R45 and then 20 litres for R1,200, hiring a car to take the produce to Mthatha and surrounding areas. She even has a client in Pretoria.

Njemla keeps her hives in her garden, where she has sunflowers, aloes and also orange and peach trees.

In March every year she hires extra casual workers whom she trains herself.

Her hope is to grow her business and be able to supply big supermarkets, but for that she needs transport so that she can take her bees to food during the dry season when her garden dries up.

She and her workers wear protective gear and she says she only gets stung when she is careless or does not put on the full gear.

“If I’m stung I don’t really care much. In my culture we believe bee stings are like medicine.”