But government unlikely to make it widely available 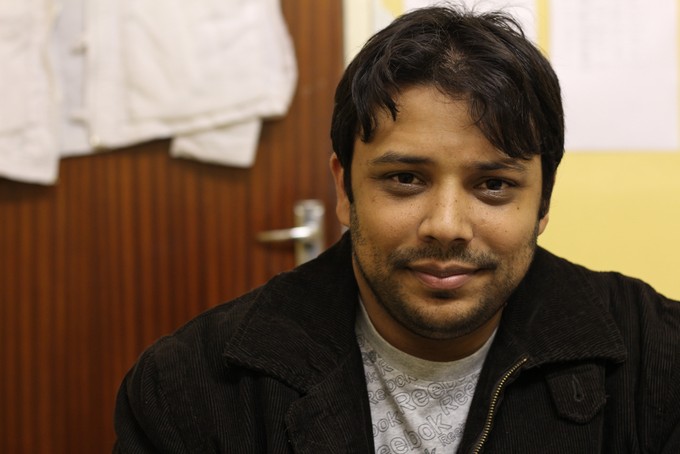 Shuaib Hoosain is the treatment manager at Sultan Bahu, a rehabilitation facility in Mitchells Plain

After 16 years of injecting and later smoking it, Letitia Wyngaard wanted to quit heroin. Her father was ill and she needed to help take care of him. She wanted to be a mother to her two young boys, who she had alienated as she oscillated between the aggression that comes when craving the drug and being “the most lovable person ever” when she had it.

On the advice of a friend who had turned her back on the drug that is notoriously tough to quit, Wyngaard booked into the Sultan Bahu Centre, a rehab in Mitchells Plain named after a Sufi poet. The centre is just a few streets away from where she lives.

Following a detox at Stikland Hospital’s Opioid Detoxification Unit, Wyngaard began treatment at Sultan Bahu. At the centre, a modest two-storey building with yellow walls and a sign that reads “optician” outside — a remnant of its former life as a medical centre — she started taking medication that fends off the harrowing withdrawal symptoms that come when heroin users don’t have the drug in their system.

Withdrawal is “the worst feeling ever,” explains Wyngaard. “You have back pain, you have sweats; your nose is running, your eyes are tearing. You literally can’t walk, especially when the ‘turkey’ really hits you.”

Acting on the same receptors in the brain that heroin works on, a medication called Suboxone curbed the withdrawal symptoms without giving her the heroin high. Suboxone is a combination of the medications buprenorphine and naloxone.

“The Suboxone helps you not to crave,” says Wyngaard. “It’s almost like a crutch. It takes those exit pains away.”

With her treatment keeping the pain and cravings under control, Wyngaard was able to engage with the counselling sessions at Sultan Bahu. She learned about ways to prevent relapse and methods for coping with situations that might drive her to use heroin again, as well as staying clear of people linked to her life as a heroin user. Through one-on-one sessions with the centre’s social worker she learned how to face her own issues.

“I came in with a lot of baggage,” she says. “I used to try and smoke that feeling away and all my feelings [were] coming back, so I had to deal with that.”

After taking Suboxone daily for the first three months of treatment, Wyngaard was gradually weaned off it during a further six months until she was able to stay off heroin without the medication. Almost two years later, she remains free of heroin and still comes into the centre twice a week for “aftercare” sessions, where she can discuss her feelings and any problems she might be having.

Now, expecting her third child, she speaks about her past and present with a calm resolve that underplays what must be a great inner strength.

A way out of addiction

The treatment Wyngaard underwent is called medication assisted treatment (MAT), better known in South Africa as opioid substitution therapy. It involves treating someone addicted to heroin with medications like buprenorphine, naloxone and methadone so that users can feel ‘normal’ while undergoing therapy. It is used in many countries, and when coupled with psychosocial interventions was found to be the most effective treatment option for opioid users, according to the European Monitoring Centre for Drugs and Drug Addiction.

Sultan Bahu’s programme is yielding promising results. Its current “retention rate” — the rate at which clients keep up their treatment —- is 93%, says Shuaib Hoosain, the centre’s treatment manager. And 82% of clients were “drug-free” when last tested, according to Hoosain. Such high rates could be due to the Centre carefully selecting the clients for the programme and keeping them motivated, as well as doing things like follow up phone calls and house visits if clients aren’t attending.

Importantly, clients, most of whom are unemployed, are sticking to their treatment, which requires coming to the centre from 8am to 4pm daily. This means they are not on the streets looking for heroin or stealing to support their habits, reducing the harm to themselves and society.

“It costs significantly less to keep somebody on [MAT] than society would pay to have the person in prison, or [for the cost of] the damages the person would cause as a result of acquiring the drugs,” says Hoosain.

Estimates by the World Health Organisation indicate that every dollar invested in opioid dependence treatment programmes may give a return of between $4 and $7 in reduced drug-related crime, criminal justice costs and theft.

Despite the successes of MAT at Sultan Bahu and its widespread use elsewhere, South Africa has not embraced this treatment option. Sultan Bahu is billed as the only rehab in the country where clients can get government-funded MAT medication free. The Western Cape’s Department of Social Development has funded the programme since its inception in 2014, the year Wyngaard booked herself in.

People dependent on heroin are a vulnerable group. They die at a rate that is between six and 20 times higher than expected for people of the same age and gender in the general population. Those who inject the drug, instead of smoking it, face the added risk of contracting HIV and other diseases from infected needles.

Hoosain says he is seeing more people who inject heroin coming into the centre. Many former tik (methamphetamine) smokers have also graduated to heroin, sometimes using both drugs together. “The guys I saw, previously, using methamphetamine back in 2007, all of them are using heroin,” he says. “And I’m not exaggerating.”

In the Western Cape, 14% of people admitted to rehabs reported using heroin as their primary drug of abuse in the first half of 2015, according to figures from the South African Community Epidemiology Network on Drug Use.

Sultan Bahu treated 84 patients in the MAT programme’s first year and 94 in the second year. But the demand for treatment far outstrips the centre’s ability to provide it, says Hoosain.

At this point, however, government is not set to beef up its funding.

The Western Cape Department of Social Development earmarked just under R2 million for the programme for the 2015/2016 financial year and is funding it for a third year, according to Sihle Ngobese, spokesperson for Albert Fritz, the province’s Minister of Social Development

But due to the costly nature of treatment the programme’s sustainability will depend on partnerships with the Department of Health and pharmaceutical companies, he says. The Department won’t be extending the programme to other rehabs either due to budget constraints.

Outside Sultan Bahu and private rehabs, heroin users can get MAT therapy at Stikland Hospital and Groote Schuur Hospital, but need to pay for the medication themselves, sourcing it from private pharmacies. With the high cost of Suboxone, treatment can be out of reach especially for those who are unemployed.

It costs about R125 for a seven-pack of 2mg Suboxone tablets. For a pack of stronger 8mg tablets it’s about R500. With treatment running for between three and six months, and in many cases longer, costs quickly rack up.

The steep price tag means the MAT clinic at Stikland often has to prescribe lower doses of medication. But skimping on medication means an increased chance that people in treatment will use heroin while undergoing MAT instead of staying clean.

“The worry [with] under medicating patients using too low doses is that they still have breakthrough slips on heroin. The higher the dose the better they can stay clean but the more expensive it becomes,” says psychiatrist Lize Weich, coordinator of addiction services at Stikland Hospital.

“What’s worse?” says Weich. “Using 12 bags of heroin a day, or using one twice a week and coming back and seeing the doctor and working on what were the triggers, high risk situations, and how can I manage my life differently so that I don’t use that once or twice?”

Stikland and Groote Schuur are the only two facilities nationally to offer MAT treatment like this, and the Department of Health can’t expand the service due to the current financial state of the country, says Bianca Carls, spokesperson for the Western Cape Department of Health.

“These medications are exceptionally expensive and when compared to medicines required for ailments such as HIV/AIDS and chronic [health conditions], it is the duty of the Department to prioritise which medications are essential for our patients,” she says. Importantly, though, methadone and buprenorphine are listed as essential medicines by the World Health Organisation.

For those who get into Sultan Bahu’s MAT programme the cost of medication is not a problem. And for people like Wyngaard the programme has proved to be a life-changer. Whether or not more heroin users have a chance to follow the same path remains in the hands of government.