Paramedic: “We are scared of the community we work for” 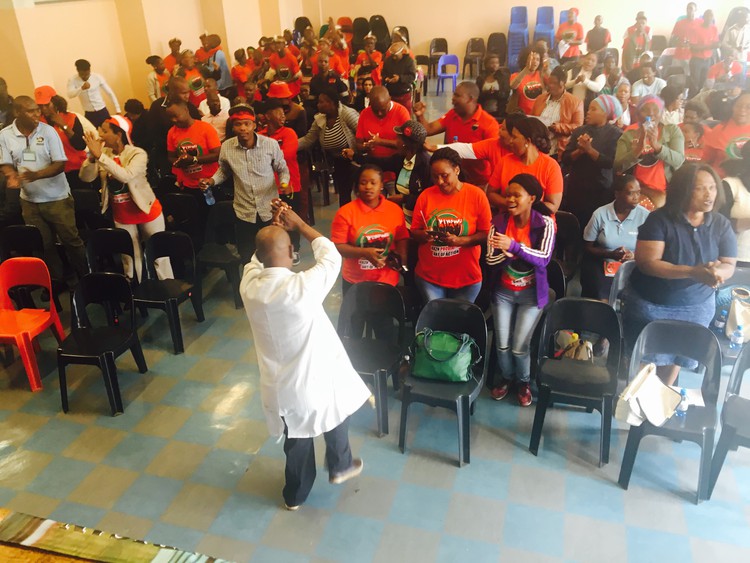 Paramedics and trade union members at the launch of a campaign to end attacks on ambulances in Pietermaritzburg. Photo: Nompendulo Ngubane

On Tuesday, paramedics and trade unions members met at Edendale Hospital in Pietermaritzburg to discuss a campaign to end deadly attacks on ambulances.

According to the chairperson of the South African Progressive Medics Organisation, Mazwi Ngubane, there were over 15 attacks in Pietermaritzburg between 2015 and 2016.

He said that in 2015, a male paramedic from the rescue services was killed while helping a patient. The most recent attack was on paramedic, Sibusiso Mthethwa, aged 36, who was shot dead outside Edendale Hospital in June this year.

“We appeal to the department to come up with safety measures,” said Ngubane. Controversially, he also said: “Those safety measures are a call for guns.”

He said that from January, they would start a campaign to protect emergency staff at schools and community events.

Other hotspot areas for these attacks included France, Slangspruit, Pata and Snathing, he said.“We want the community to change their behaviour towards paramedics. They should protect these workers not attack them,” said Ngubane.

Paramedic Sthembile Radebe said the number of hoax calls they get has become problematic.

“They [the community] need to be educated on how this jeopardises our jobs. We get to a call only to find that it was a hoax. This becomes a way of being attacked. We are appealing to the community to stop this behaviour,” he said.

“The truth is we are scared of the community we work for. Some of us have been assaulted badly. Enough is enough,” said Radebe.

Health workers attending also raised their concern with the lack of infrastructure at hospitals in the area.