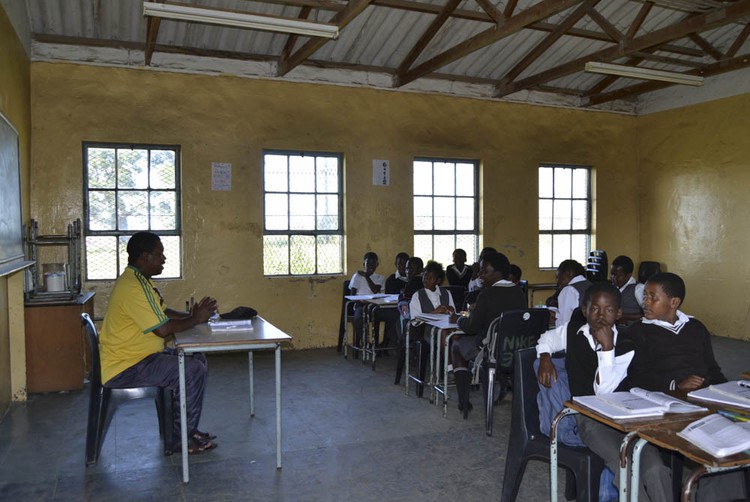 Three Mdantsane primary schools are facing closure, leaving pupils stranded if their parents cannot afford to pay to transport them to other schools.

Eastern Cape Department of Education (ECDoE) spokesperson Malibongwe Mtima said the department was planning to “rationalise” 1,092 schools between now and 2017. All the schools had been informed in good time, he said.

The three schools, Songeze, Zamani and Philani Primary, all have fewer than 135 learners (not counting Grade R) and only one or two teachers. Philani High Primary School has two teachers and 78 learners, in grades five, six and seven. There is no receptionist or principal and parents say their pleas to the ECDoE for another teacher have fallen on deaf ears since 2014.

Zamani has 178 learners, from grade R to grade four, with four teachers. The school is short of one teacher for the grade three class. The school principal manages the school and teaches grade four.

Songeze has fewer than 70 learners, excluding grade R. This school has one teacher paid by the department and two teachers paid by the School Governing Body (SGB), who earn whatever parents are able to pay.

Philani Grade 7 learner Saneliso Nomphandana said teachers had told them they would be moved to another school 3km away. “The road to that school passes through bushes, and we will have to cross busy roads. We will get robbed, because not all our parents can afford to pay R400 school transport,” he told GroundUp.

SGB member Litha Mda said parents were trying to fight the decision to close the school and had persuaded the ECDoE to put the closure on hold for now. “But that does not mean they are not going to close it,” he said. He said children would drop out if the school were closed.

“If the department was offering school transport, that would be be better, but now they are telling us it’s about 5km to the school. They do not care if the children are going to pass bushes and cross busy roads,” he said.

When GroundUp visited the school the two teachers were busy with grades 6 and 7. Grade 5 learners were studying on their own.

Equal Education Eastern Cape Head Luya Sidimba said principals had 30 days to fight school closure after receiving a letter from the ECDoE. “What we are still trying to understand is how the rationalisation is going to work in cases like Philani where students will have to pass through bushes,” he said.

Parents of learners at Zamani and Philani met last week to discuss what could be done. They said they were concerned about the distances the children would have to travel to their new schools. One grandmother who did not give her name said every morning she took her grandchild to school and after school she fetched her at the school gates. “If they send her to another school, who is going to fetch my grandchild there?” she asked.

But Mtima said the department could only provide transport if learners had to walk 5km or more to school.