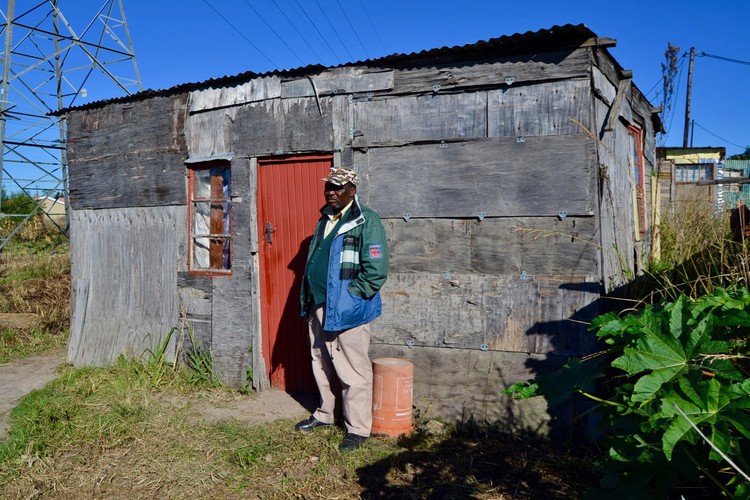 Thozamile Mazibukwana of Manyano informal settlement in Mdantsane NU9 says he has been in and out of municipal offices trying to find out why an RDP house he claims was allocated to him has been given to someone else.

The 59-year-old father of five, says he has been living in Manyano since 1991. He lives in a leaking two-room shack. He works as a taxi driver.

He says that in 2013, RDP houses were promised to the people in the informal settlement. Their shacks were numbered and correlated with RDP houses. They were called to the City Hall municipal offices and shown a list of beneficiaries. He says his name was on that list.

According to his shack number, Mazibukwana says he was supposed to be in the first group of beneficiaries. But to his surprise, his neighbours moved before him.

“The humiliation I felt … My family [had] already packed some of our stuff. We were ready to move to our new home, but I was told that my name was not on the list,” he says.

A further shock was to discover that the person who moved into the RDP house was not from Manyano.

“I asked the ward committee who was busy assisting us with allocation, why someone who was not from our informal settlement was given my house. They told me to ask the municipality. I went there and I was told to ask my ward councillor … So many times I went to his office, but never received help,” said Mazibukwana.

In 2016, a second group of beneficiaries was moved and Mazibukwana was again not included.

When the new ward councillor was elected in August 2016, Mazibukwana reported his problem to Mdantsane ward 30 councillor Nomonde Moyikwa (ANC).

He says he tried to find Moyikwa at her office several times. Eventually, he went to her home. He says she was rude and asked him why he was following her home.

Neighbours says the people living in the RDP house are renting it. The owner does not live there.

Moyikwa said she was aware of Mazibukwana’s case and that he is not the only one. She said, “There’s a list of beneficiaries who are claiming that their houses were given to other people who do not live in this ward, but I do not know how that happened because I was not the ward councillor then.”

“I’m still trying to find answers and a solution to this matter at the moment. I do not know what to do,” she said.