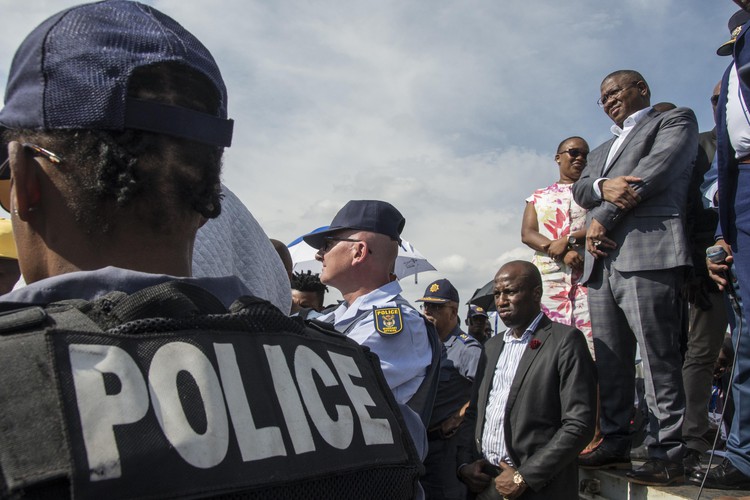 Police Minister Fikile Mbalula has made changes to police commanders in Mogale City following residents’ protests against drugs and crime in the area.

The area was shut down last week Monday as residents protested against what they claimed were drug dens run by Nigerians. Homes and businesses identified as drug dens by residents were set alight and running battles between police and protesters continued throughout the day. Most Nigerians fled the area.

The residents also accused the police of accepting bribes from the drug dealers and tipping them off when there was going to be a raid.

Mbalula visited the area on 23 January and returned as promised a week later.

In a statement after Mbalula’s Monday visit, police spokesperson Vuyo Mhaga said police and Mogale City municipality officials had identified and demolished old buildings that were identified as drug dens.

“It must be clear to all drug lords, we will identify and destroy drug dens. We can’t live side by side with criminals”, Mbalula said.

“As citizens of Mogale City, you spoke to your government last week. We came, we listened, and we acted. We urge our people to continue voicing their dissatisfaction in a peaceful manner”, Mbalula said.

He said there was a need for vigilant policing to increase public trust in the South African Police Service so that residents were not tempted to take the law into their own hands.