Matatiele: “It’s time government shows us they do care” 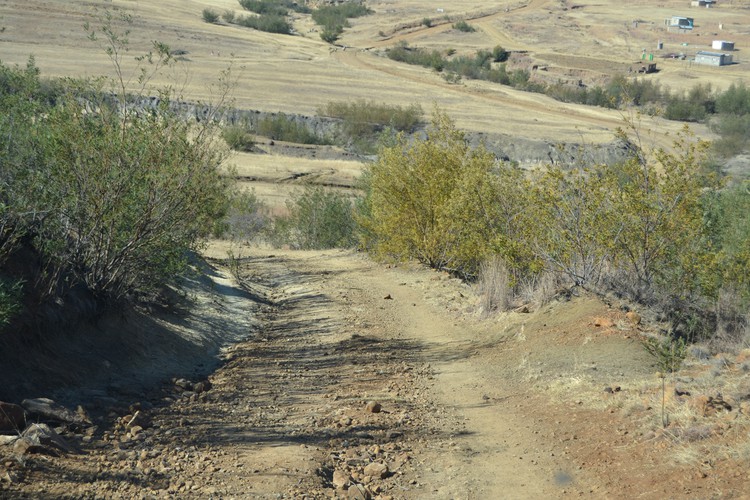 Matatiele residents have given the provincial Premier two weeks to respond to their demands for tarred roads. Photo: Manqulo Nyakombi

Community leaders in Matatiele have suspended protests for two weeks to give Eastern Cape Premier Phumulo Masualle time to come up with answers to their demands. But protesters say they have little faith that the Premier will do so.

Residents have been protesting since last month, demanding that dirt roads in the area be tarred. They say ambulances and police vans are struggling to get to their villages because of bad roads.

During the protests all dirt roads between Matatiele and Maluti, including the one between the town and the Lesotho border, were closed with burning tyres and big rocks. Several cars were stoned and 12 people were arrested for public violence. Schools were disrupted and police advised business owners to close their shops last week Wednesday.

This week community chairperson Nhlahla Ntsoti said that the situation in Matatiele was still tense. “This is not over, but we want to give the Premier a chance to come up with a solution and if he fails we will go back on our dirt roads to protest,” he said.

He said residents were still gathering and were ready to start a protest anytime. “Today we stopped a group of protesters who were fed up with empty promises. They said they want to wait for Masualle on the road,” he said. “It is time government shows us that they do care.”

“We are tired of being fed empty promises. Last year we were told that the roads would be fixed, but that never happened. Again early this year we protested, but there was no solution. This time we are not going to back down,” he said.

Eastern Cape Department of Public Works spokesperson Phumzile Zuzile said the MEC of Public Works, Thandiswa Marawu, had written to the Minister of Public Works Nkosinathi Nhleko asking for the dirt road between Matatiele and the Lesotho border to be rebuilt by Sanral. They were waiting for the minister’s response to matter.

He said the department would continue to maintain the dirt roads in Matatiele.