UNTU has the right idea; the execution needs work 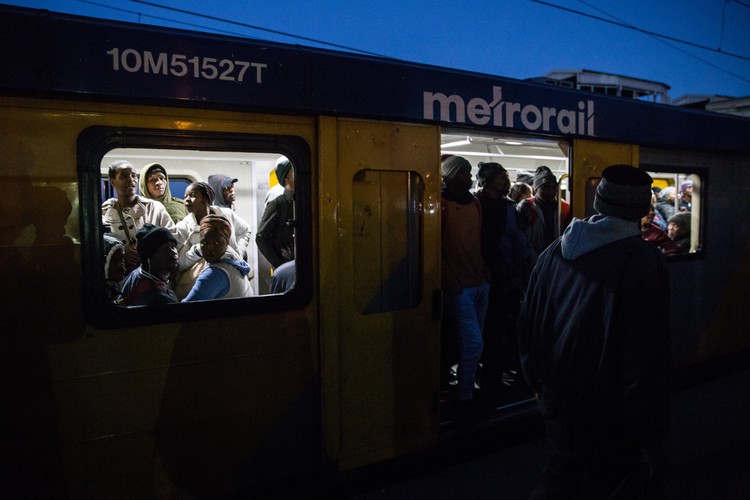 Metrorail is dysfunctional. Mass protests are needed to get government to listen. Photo: Ashraf Hendricks

On Friday about 200 United National Transport Union (UNTU) members protested across the country against the lack of safety on Metrorail.

UNTU has the right idea. But the execution needs work. One hundred times as many people need to protest to get government to listen.

Hopefully UNTU will try again. And hopefully when it does, other unions will join, as well as commuter activist groups like #UniteBehind.

Across the country Metrorail is in disarray. This is a consequence of years of grand-scale corruption during the Jacob Zuma presidency that was led, in part, by former Passenger Rail Association of South Africa (PRASA) boss Lucky Montana.

Documents published by GroundUp that we obtained from #UniteBehind, known as #PRASALeaks, as well as Pieter-Louis Myburgh’s exposés, show the nearly unfathomable depth of this corruption, which rivals Eskom in the damage done to the lives of South Africans.

PRASA chairperson Khanyisile Kweyama appears to be committed to fixing the company. But she is going to need a great deal of help.

President Cyril Ramaphosa may be dreaming of bullet trains but a start would be to get the Shosholoza Meyl to simply complete its journeys between Cape Town and Johannesburg on time at its current stately pace of 28 hours. If he’s serious about fixing our train system, he hasn’t shown it by appointing the current minister.

Hundreds of thousands of people take, or used to take, the trains to work. If the trains ran reliably on time and safely, many more would take them. Instead of getting home late at night because of delays, working parents could spend more time with their children. If the trains worked properly, employees would get to work on time, for less money, and be more productive. The roads would have fewer cars and less congestion, and South Africa would emit less carbon dioxide. The entire country will benefit from PRASA being fixed.

But the president will only hear how serious the problem is when thousands are on the street.