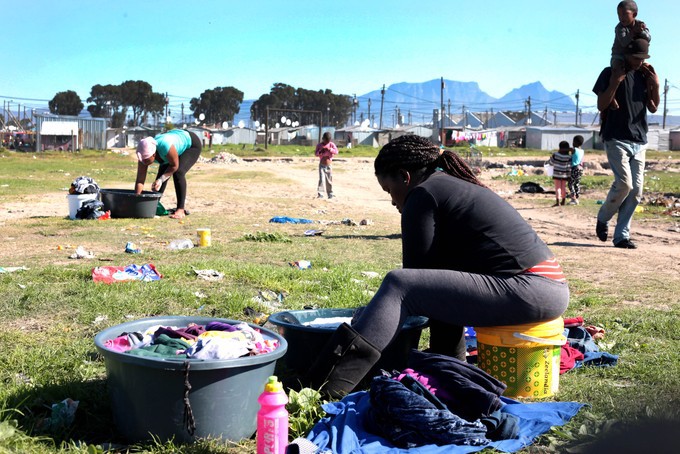 Residents of the Marikana informal settlement in Philippi East had their turn in the Western Cape High court on Friday.

GroundUp is reporting this important court case that will determine the future of approximately 60,000 people. They have for several years been living on privately owned land in Philippi East. The City has tried several times to remove the residents, who have named their settlement Marikana.

Read an analysis of the case.

“Expropriation is the only reasonable response … It is the only lawful response,” said Advocate Stuart Wilson from the Socio-Economic Rights Institute of South Africa (SERI), who is acting on behalf of the majority of Marikana’s 60,000 residents. The residents want the City to expropriate the land from the current owners so that they can continue to live there lawfully.

This is not what the owners of the land want, especially 80-year-old Iris Fischer whose lawyer argued in court the previous day that expropriation was not an option because Fischer could not bear the burden of being paid under the market value of her land.

Wilson also argued that City’s emergency housing programme isn’t an option for dealing with Marikana’s residents. He said that there is a large housing backlog in Cape Town, and that the City itself admits it would take up to 60 years to resolve.

Advocate Paul Farlam represented the Minister of Police. The police are in the case because they have been involved in previous attempts to remove Marikana’s residents. He argued that it is not the duty of the South African Police Service (SAPS) to evict residents. He said that it is the sheriff’s responsibility and that SAPS can only assist. He added that the police would not be able to arrest 60,000 people.

Referring to a case by SWEAT where sex workers were arrested but not prosecuted, he said “SAPS is not responsible for securing people’s property. That is the responsibility of the landowner … if we were to arrest 60,000 people for trespassing they will not be prosecuted.”

“The police did all they could and implemented their orders,” said Farlam.

The City of Cape Town’s advocate Anton Katz began his case by telling the court that there has been a lot of serious criticism towards the City during the previous three days of the court case, but that the City did everything that is reasonable “and more”.

“Eviction is off the table. The City has never supported an eviction,” said Katz.

In the City’s head of arguments it stated: “There is and can be no legal duty on any party, including the City to purchase applicants’ properties. While the City is empowered to purchase immovable property that power is not coupled with the duty to exercise it.”

The case will continue on Monday.