Some students say they will not leave 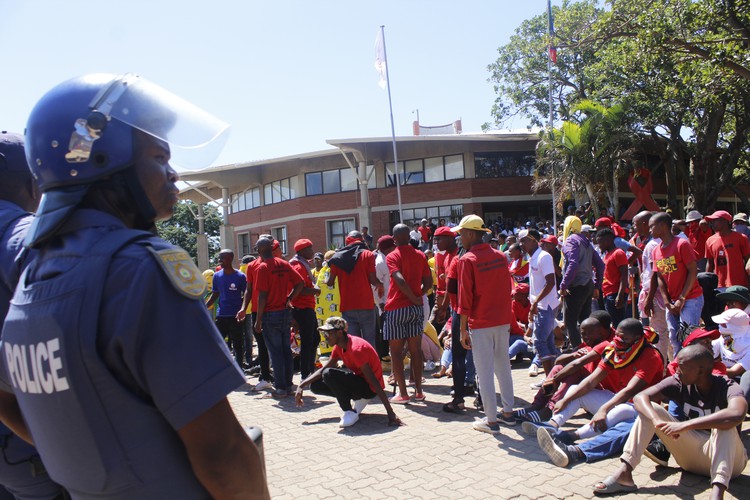 After a meeting following a protest on Monday, students were ordered to vacate residences. Photo: Nomfundo Xolo

Students in Durban residences at Mangosuthu University of Technology are refusing to go home after the university told them to vacate their rooms by 4pm Tuesday afternoon. This follows violent clashes on Monday between students and police, in which six students were arrested.

After a meeting between the Student Representative Council (SRC) and university management at which no solution was found, Vice Chancellor Enoch Malaza released a statement saying a resolution was passed to shutdown the university with immediate affect “owing to violent activities” on the campus. The statement said that no student may remain on campus or in a residence, and that all student belongings should be removed.

But some students say they will not move. For example, Slindo Mkhize who lives in Empangeni, nearly two hours from Durban, said the university’s notice was a scare tactic. He said the students were given notice at 10am, which was not enough time.

MUT students are demanding fee concessions and complaining that money from the National Student Financial Aid Scheme (NSFAS) has not arrived.